A Palestinian security source said a week ago that three such explosives were fired by settlers. 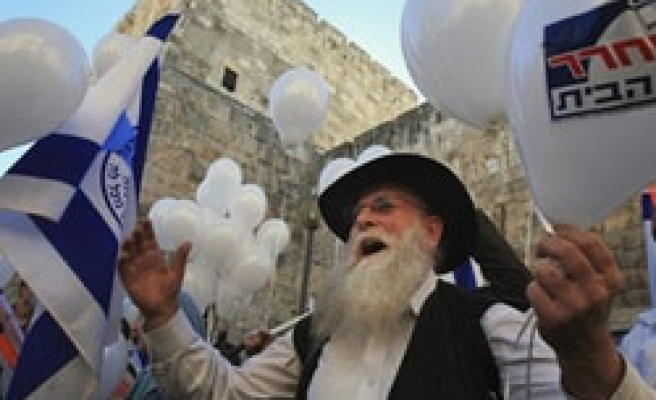 Israeli police have arrested a Jewish settler on suspicion he fired a makeshift rocket at a Palestinian village in the West Bank, an Israeli newspaper reported on Sunday.

Micky Rosenfeld, a police spokesman, confirmed a suspect from the Yitzhar settlement was taken into custody on Saturday in connection with an investigation into illegal weaponry and said he would likely be held at least until Monday.

Rosenfeld said he had no comment on a report in the Yedioth Ahronoth daily that police suspected the settler, 20, was involved in firing a homemade explosive at the neighbouring village of Burin, in the occupied West Bank.

A Palestinian security source told Reuters a week ago that three such explosives were fired by settlers and landed in fields near the village, and the city of Nablus last week, causing no damage or injuries.

The explosives resembled pipe bombs and measured 20 to 25 cms (10 to 12 inches) in length, the source said. At the time, Israeli police said they had no knowledge of any rocket firings at Palestinians.