Former President Jimmy Carter said he feels quite at ease about meeting Hamas members because the Palestinian group is essential to a future peace with Israel. 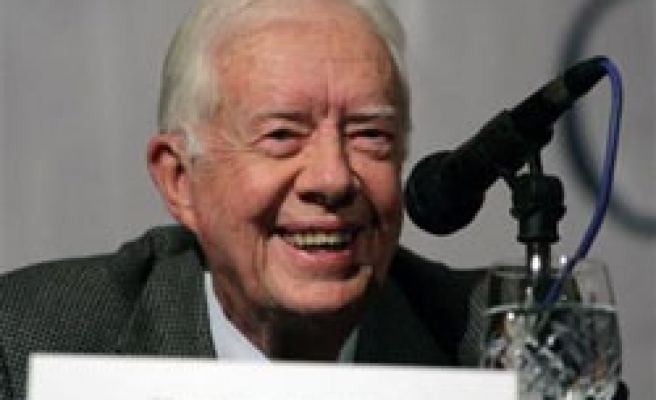 Former President Jimmy Carter said he feels quite at ease about meeting Hamas members over the objections of Washington because the Palestinian group is essential to a future peace with Israel.

"I feel quite at ease in doing this," Carter said. "I think there's no doubt in anyone's mind that, if Israel is ever going to find peace with justice concerning the relationship with their next-door neighbors, the Palestinians, that Hamas will have to be included in the process."

Carter said he'd be meeting Syrians, Egyptians, Jordanians, Saudi Arabians and others who might have to play a crucial role in any future peace agreement that involves the Middle East.

Carter, who served one term as president from 1977 to 1981, would be one of the most prominent Americans to meet with the leader of Hamas, Khaled Meshaal.

The 83-year-old former president has a long history of being involved in the Middle East. In 1978 he succeeded in negotiating the Camp David Accords that paved the way for peace between Israel and Egypt.

In a 2006 book, he described Israeli policy in the occupied territories as "a system of apartheid."