Jimmy Carter to meet with Hamas in Syria 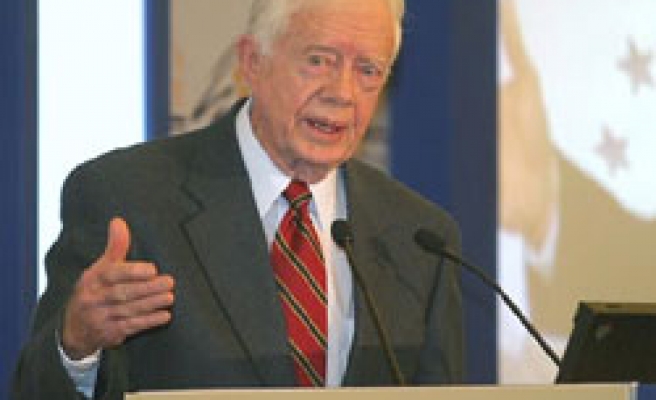 According to the IsraelNN news, Former American President Jimmy Carter is planning to meet with Hamas leader Khaled Mashaal in Syria next Wednesday, according to the London-based Arabic language newspaper Al Hayat.

Carter's press secretary Deanna Congileo confirmed that he will be in the Middle East but did not specify if he would be in Syria.

Carter recently authored a book that labeled Israel as practicing apartheid by building the fence and barrier to prevent Palestinians from reaching urban centers.