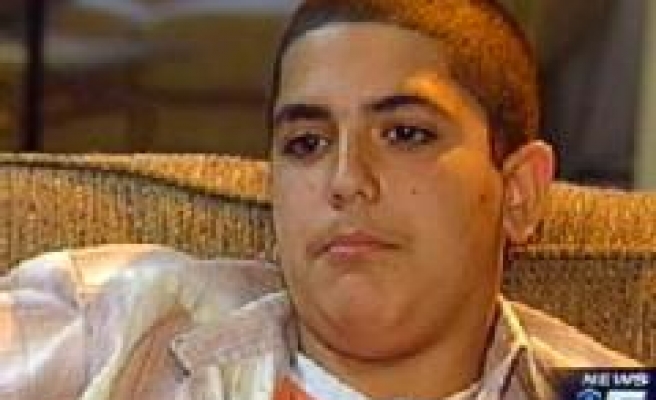 Mustafa Abdul Razzaq is a seventh-grader at Mesquite Junior High School. At 13, he's already been accused of being a terrorist.

"They call me 'terrorist' and they say, like, my dad's bin Laden," Mustafa said. "They" are his classmates at Mesquite.

On the last day of class, Mustafa found himself the victim of a cruel prank. A classmate wrote a bomb threat in someone else's yearbook and signed it with Mustafa's name.

"I confronted him. I told him not to write this stuff. 'You need to stop. You're going to get yourself in deep trouble,'" Mustafa said.

On Thursday, the school was placed on lockdown while Mustafa was interrogated by police.

Officials let him go when his classmates admitted the threat was "a joke."

"Even the first time, it wasn't even a joke," Mustafa said.

"What happened to my son is not fair," Mustafa's mother said. "I think it is not a joke, like they say in the police report."

Police submitted charges of intimidating and threatening to juvenile authorities. A prosecutor will decide if the prank was a hate crime.

The Razzaq family said they blame the school for not stopping the taunting sooner. They said they've complained numerous times to school administrators.

"The kids would have learned not to say that," Mustafa said.

The Council on American-Islamic Relations hopes what happened to Mustafa can be a lesson for everyone.

"Muslims are your fellow Americans and they are not terrorists," said Mohammed AbuHannoud, of the CAIR.

The Razzaqs said they are considering legal action against the school and will not send their son back there next year.