Maliki's office said Abdullah and Maliki "discussed the progress made in Iraq, and especially the great success achieved by the government of Iraq in the security file." 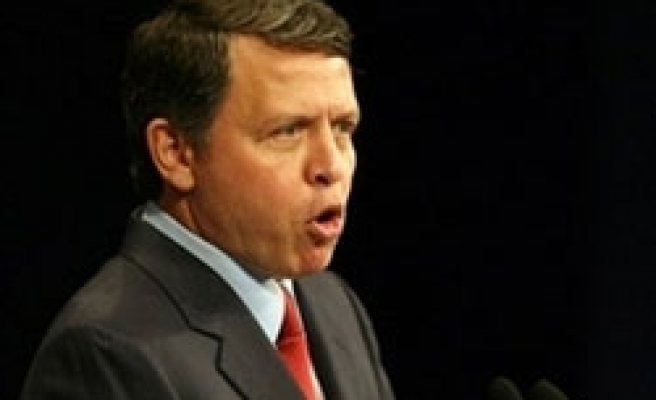 King Abdullah of Jordan became on Monday the first Arab leader to visit Iraq since the fall of Saddam Hussein in 2003, flying to Baghdad for a meeting with Prime Minister Nuri al-Maliki.

The visit is likely to be seen in the region as an important step toward reducing the political isolation of the Shi'ite-led Iraqi government among the mainly Sunni Muslim governments of other Arab states.

Washington has long urged Iraq's Arab neighbours to do more to embrace Baghdad.

Abdullah and Maliki "discussed the progress made in Iraq, and especially the great success achieved by the government of Iraq in the security file," Maliki's office said in a statement.

Jordan is one of a small number of Arab countries to have named ambassadors for Iraq, although the envoy has not yet taken up the post. Seventeen people were killed outside the Jordanian embassy in Aug. 2003, in what was one of the earliest major attacks by a then-nascent insurgency.

No Arab ambassador has been stationed permanently in Iraq since Egypt's envoy was kidnapped and killed shortly after arriving in 2005.