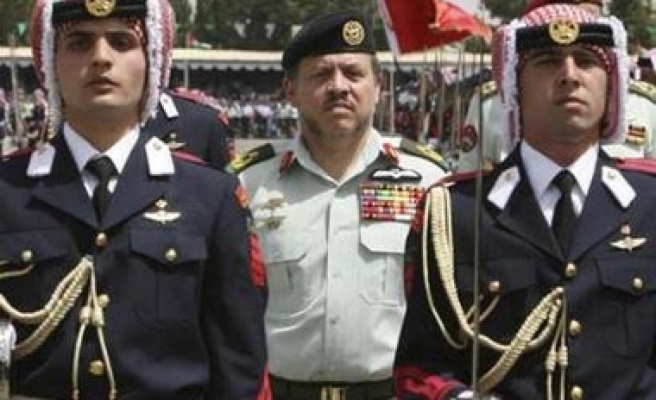 Police arrested nine members of the Islamic Action Front over the past month for allegedly setting up armed militias with the aim of destabilizing the kingdom. Two of the detainees have already been released.

"We urge the government to release those detained because they did not violate the law," said Ali Abu-Sukar, head of the Central Commission of Freedoms at the IAF.

The head of the IAF, Zaki Bani Ersheid, said last week that the men were arrested during several police raids at their homes in Zarqa, northeast of the capital, Amman.

Abu-Sukar told reporters during a press conference that "the arrest of our members has one aim, which is to jeopardize the party's activities during the municipal elections and terrorize our members."

But chief government spokesman Nasser Judeh insisted in his weekly press briefing Monday that the men were not arrested because they belong to the Muslim movement and their arrests had nothing to do with local elections, which are scheduled for July 31.