Justification for 367 published by Turkish court

The long-awaited justification for the Constitutional Court decision that cancelled the first round of the presidential election caused has much anger among victims of the decision and dissatisfaction among independent experts on constitutional law. 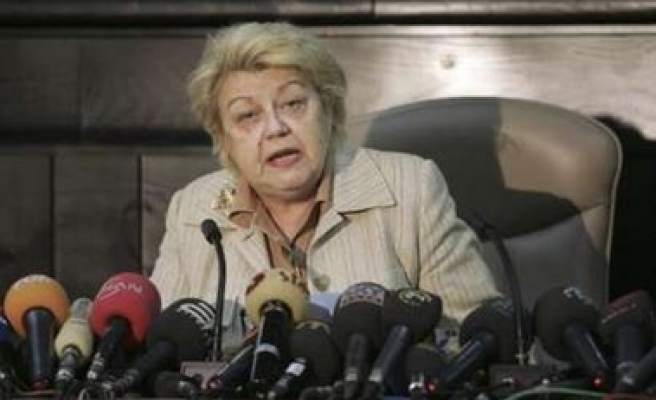 The long-awaited justification for the Constitutional Court decision that cancelled the first round of the presidential election caused has much anger among victims of the decision and dissatisfaction among independent experts on constitutional law.

The Constitutional Court's reasoning, publicized after 58 days of foot-dragging, attempts to explain why the court believes the text of the Constitution sets the quorum for all rounds of the presidential election at 367 -- a two-thirds majority.

The justification, published in yesterday's Official Gazette, included a neologism -- "qualified consensus" -- to be sought during presidential elections. The decision clarified that the quorum for the election of the speaker of parliament does not need this qualified consensus and that 184 deputies are enough to start the voting for the speaker's election.

The justification endorses the position of the opposition Republican People's Party (CHP), which applied to the court after the first round of the April 27 election. The CHP claimed the two-thirds majority stipulated in Article 102 of the Constitution applies to both the quorum and the necessary number of votes needed for a decision. "It is obvious that the Constitution aims to provide for the largest possible qualified consensus in the Parliament," reads the text of the decision.

Former Minister of Justice Cemil Çiçek, who had earlier criticized the decision of the court as a politicization of the judiciary, complained that the reasoned decision put the stress not on legal analysis but on "relevance analysis." Cicek defined "relevance analysis" as contextual judgments as opposed to those based on legal norms.

Salih Kapusuz, deputy chairman of the Justice and Development Party's (AK Party) parliamentary group, rejected the neologism "qualified consensus" as something he has never seen nor heard. "As they are unable to produce legal norms; they are creating new terminology," Kapusuz said.

Professor of constitutional law Zafer Uskul told Today's Zaman that there is no term like "qualified consensus" in law and that consensus is not sought in the quorum but in the decision. "The Constitution has set the rules of how to obtain a consensus in electing a president. Consensus is sought in the necessary number of supportive votes.

Article 102 says you need to obtain a majority of 367 in the first two rounds. This is consensus. And if you cannot find that, the Constitution says that consensus is sought in the simple majority," Üskül said.

The former and honorary president of the Supreme Court of Appeals, Asst. Prof. Sami Selçuk, was also critical of the reasoning. "This is a very short decision that duplicates the known claims. It took the Constitutional Court two months to write this, and I am disappointed. I was hoping that they would refute the claims voiced against the ruling. There is nothing new here," Selçuk said.

Saying that the Constitutional Court should use legal and not Aristotelian reasoning, Selçuk claimed that the decision of the court is based on several misunderstandings. "This is based on a misconception of general-specific relations in law and also on assumptions," Selçuk said.

Replying to a question by Today's Zaman on whether the qualified consensus can replace the qualified majority as a necessity in presidential elections, both men of law said that once the quorum of 367 deputies is met the president will be elected, without any reference to whether a consensus is attained between the political parties or not. The reasoned decision of the Constitutional Court has vaguely defined qualified consensus as an election of a president that is "acceptable" to more than one party.

Cicek was also worried that the rationale for the decision may be even more harmful than the decision itself. "This decision will give way to larger discussions in the future about the state of law and will create a conflict of authority between the legislative, executive and judicial," he said.

Commenting on the ruling of the Constitutional Court, which stated same quorum is not necessary for the speaker of parliament's election, Cicek said this must be a last-minute effort by the court so as not to be held responsible for blocking the whole parliamentary system. Kapusuz said that if the court had not added this last ruling, Turkey would be in a position to repeat the parliamentary elections forever. "The court wouldn't be able to explain this to the nation," said Kapusuz.

The former justice minister also criticized the self-contradictory reasoning in which the Constitutional Court said that, though the decisions of the Parliament are not under the oversight of the court, the presidential elections should be. Cicek said this decision is demeaning to political sphere and that is was expanding the authority of the Constitutional Court.

The justification was also criticized by two judges who cast opposing votes in the court. Deputy President of the Court Hasim Kılıc and member Sacit Adalı both explained their opposing views.

Kılıc warned that this decision would make it almost impossible to elect a president in the future. Kılıc also criticized external influences on the decision of the court, hinting that CHP leader Deniz Baykal's declarations before the court resulted in its decision. In his opposing view Adalı claimed that the court does not have oversight authority on the decisions of Parliament.

Adalı criticized not only the court decision, equating the quorum to necessary votes for a decision as a large-scale coercion of law, but also the deputies who failed to attend the presidential elections. "The deputies do not have the right to block the Parliament's work by not attending the sessions. The appropriate ways of blocking Parliament are defined in the Constitution, and these are the methods that can be used only after being seated in Parliament," Adalı wrote.