Kadyrov calls on Russia to give up premises occupied

The Russian army occupies some 15 times more territory than it had been renting in the latter years of Soviet rule, according to Chechen figures, with official bases alone taking up 31,000 hectares (120 square miles) and yet more occupied illegally. 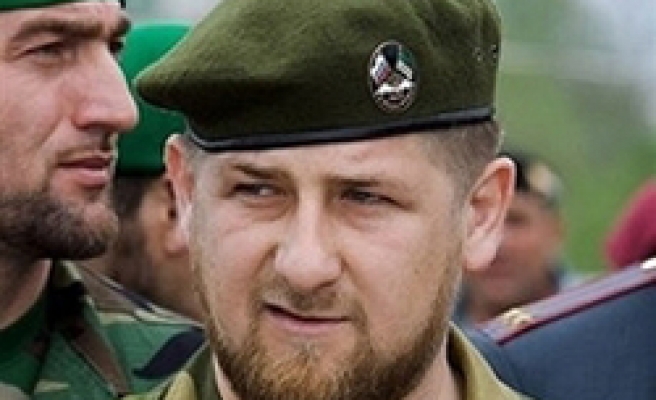 Chechnya's pro-Moscow president Ramzan Kadyrov on Saturday called on Russia's military to give up land and buildings it has occupied "without legal basis" in the war-torn republic, Interfax reported.

"Chechnya is a full-fledged part of the Russian Federation, all laws apply here, and not only civil authorities must respect the law, but also the military command of units stationed in Chechnya," the news agency quoted the Kremlin-backed strongman as saying.

"These army units occupy huge territories and sites, most of them without any legal basis. And when I demand to put all this in order, they report that Kadyrov is against federal authorities," Kadyrov charged.

"We are forever begging, we beg the military daily for them to give up schools and hospitals that the republic lacks. We cannot restore them, while the military are properly financed and are supposed to build what they need themselves," he added, outraged that the military command did not attend the Chechen government meeting devoted to the issue.

The Russian army occupies some 15 times more territory than it had been renting in the latter years of Soviet rule, according to Chechen figures, with official bases alone taking up 31,000 hectares (120 square miles) and yet more occupied illegally.

Kadyrov, who has been in de facto control since his father, former Chechen president Akhmad Kadyrov, was killed in a 2004 bomb attack, was nominated for the post by President Vladimir Putin after turning 30, the minimum age for holding the Chechen presidency.

He is credited with overseeing a massive Moscow-backed rebuilding programme, and analysts say that by doing deals with rebels and taking many of them into the armed forces, Kadyrov has done more to dampen dissent than could have been achieved by the Russian military.

"The bodies of the police officers were discovered at around 2:00 a.m. [22:00 GMT] in the republic's Naursk District," the source said, adding that the "gunmen" had taken the officers' weapons - two assault rifles and two pistols, plus ammunition - before fleeing the scene.