Just weeks before Karadzic's arrest his wife and children told officials he was "dead". 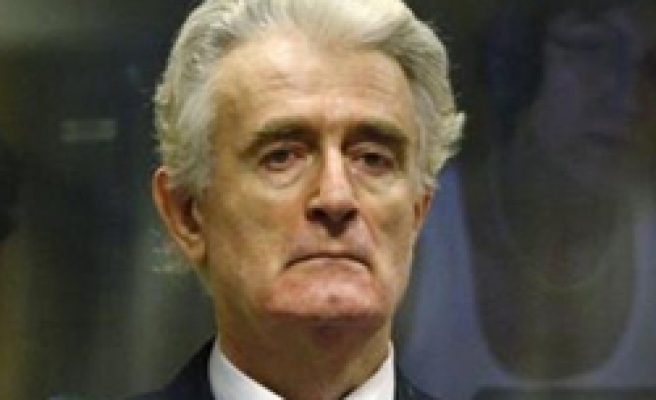 The family of war crime suspect Radovan Karadzic could face prosecution for helping him avoid arrest on war crimes charges for 11 years, a top international official said on Thursday.

"They remain subject of both domestic or local and internal sanctions and investigations," Raffi Gregorian, the deputy head of the international office overseeing Bosnia's peace process, told Reuters in an interview.

He said they were not being investigated just because they happened to be family members, but "because they are active members and contributing to the support network for Karadzic."

Serbia arrested Karadzic last month in Belgrade and sent him to the United Nation tribunal in The Hague on charges of genocide for the 1992 Srebrenica massacre of some 8,000 Bosnian Muslims and the Sarajevo siege in which over 14,000 people died.

Just weeks before Karadzic's arrest his wife and children told officials he was "dead". Later, investigators found letters from Dragan Dabic -- the name Karadzic used while living under cover as a new age guru -- at the wife's home.

"They are part of a network that has been the subject of ongoing criminal investigations for many years," said Gregorian, the deputy high representative of the Office of the High Representative (OHR). The U.S. diplomat is also responsible for war criminal issues within the OHR.

"With their bank accounts ordered frozen five years ago, how is it that they've come to live with no visible means of support all this time?

"They have multiple properties, they take vacations in Montenegro, they travel to Belgrade, how? No money. No jobs. They don't pay income tax. They have cash in their house, they can't explain how it gets there."

Gregorian said the same support network, assumed to be operating in the Serb half of Bosnia, in Serbia and perhaps in Montenegro, was helping ex-Bosnian Serb General Ratko Mladic, the only remaining genocide fugitive from the 1992-95 Bosnian war.

"Karadzic, as has been proven to be the case, and Mladic, remain within the reach of Serbian authorities and always have been," he said.