Karadzic will also face charges of embezzlement from the budget of Bosnia's Serb Republic -- the autonomous Serb half of Bosnia -- before he went into hiding in 1997. 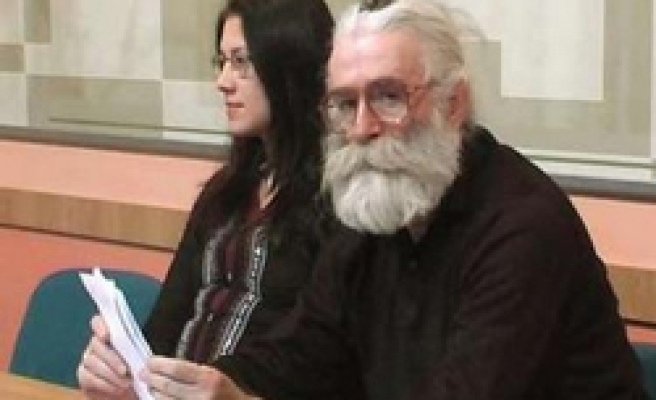 As well as charges of genocide, Radovan Karadzic faces repossession of his property to pay for a fortune he is said to have embezzled and the billions of dollars awarded to victims who sued him for damages.

The leader of the Bosnian Serbs in the 1992-95 Bosnia war was arrested in Serbia after 11 years in hiding. He is now in a Belgrade prison awaiting extradition to the United Nations war crimes court in The Hague.

With his military commander Ratko Mladic, Karadzic has been indicted for genocide over the 43-month siege of Sarajevo and the 1995 Srebrenica massacre of 8,000 Bosnian Muslims.

Several groups of victims filed lawsuits in the United States against him over the atrocities, and in the late 1990s were awarded billions of dollars in damages.

Raffi Gregorian, a senior U.S. diplomat in Bosnia, said that now Karadzic is no longer underground the courts would start demanding payments.

Karadzic's property in his wartime stronghold of Pale, the mountain town where his family still lives, was being assessed by the office of Bosnia's international envoy Miroslav Lajcak, the OHR, and the European Union peace force EUFOR.

"All his movable and real estate property is significant and interesting to OHR and EUFOR, which recently even surveyed his house in Pale," Gregorian said.

"They are considering options of how to confiscate that property in order to pay the victims, at least with a partial or symbolic compensation."

Karadzic will also face charges of embezzlement from the budget of Bosnia's Serb Republic -- the autonomous Serb half of Bosnia -- before he went into hiding in 1997.

A close ally of Karadzic from that time, Serb Republic PM Gojko Klickovic, is currently on trial for embezzlement.

Apparently with an eye on local elections later this year, Dodik has pledged financial help to Karadzic's family so they can travel to see him and also finance his defence. Critics call the move shameless pre-election posturing.

"Any support given now to Karadzic or his family would build on the millions that he stole or extorted from Serb Republic citizens," Gregorian said. "That would enrich him and help Mladic stay at large."

Meanwhile another fortune is still awaiting collection: the U.S. embassy in Belgrade has said no one has so far come forward to claim a $5.0 million reward for information leading to Karadzic's arrest.