Serbian officials said Radovan Karadzic, who is responsible of genocide at Srebrenica where some 8,000 unarmed Bosnian Muslim, was walking freely around town and earned money from practicing medicine. 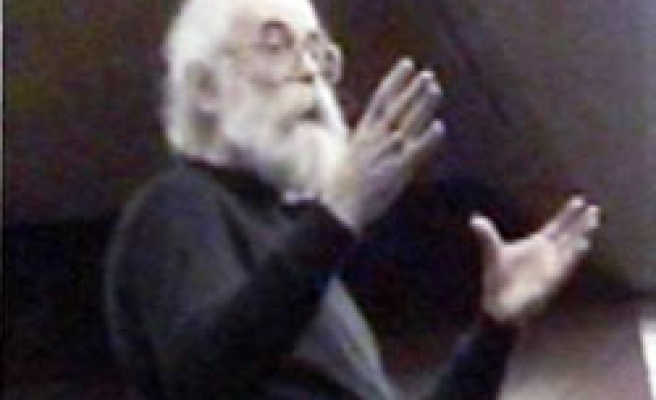 War crimes fugitive Radovan Karadzic was arrested on Monday near Belgrade posing as a doctor of alternative medicine, sporting long hair, a beard and glasses to hide his face, officials said on Tuesday.

A picture shown to reporters showed an unrecognisable Karadzic, markedly thin, with a long white beard and flowing hair. Serbian officials said he was walking freely around town and earned money from practicing medicine.

They said they could not divulge more details because it might jeopardise efforts to arrest two other war crime suspects on the run.

He was arrested while moving from one place to another.

"He was using false documents under the name of Dragan Dabic," said Rasim Ljajic, Serbia's point-man for cooperation with the United Nations war crimes tribunal in The Hague.

"He was very convincing in hiding his identity, he earned his living practicing alternative medicine, worked in a private clinic."

Karadzic's last known address was in New Belgrade, a sprawling suburb of massive concrete tower blocks that can house dozens of flats.

He was indicted by the U.N. war crimes tribunal in The Hague in 1995 along with his army commander, General Ratko Mladic, for genocide at Srebrenica, where some 8,000 unarmed Bosnian Muslim males were rounded up and murdered and bulldozed into mass graves.

He is also charged with authorising the shooting of civilians during the Sarajevo siege.

War crimes prosecutor Vladimir Vukcevic said authorities could not divulge details of the Monday evening operation because it might jeopardise efforts to arrest two other war crime suspects on the run.

"He walked around freely, even appeared in public places. The people who rented him the apartment did not know his true identity," Vukcevic said.

"He was interrogated during the night. His identity was confirmed and he was handed the indictment. He is defending himself mainly with silence."

The investigative judge had already decided that Karadzic's extradition could go ahead, but defence lawyers had three days to file an appeal. A final ruling on the appeal was due at most three days later.