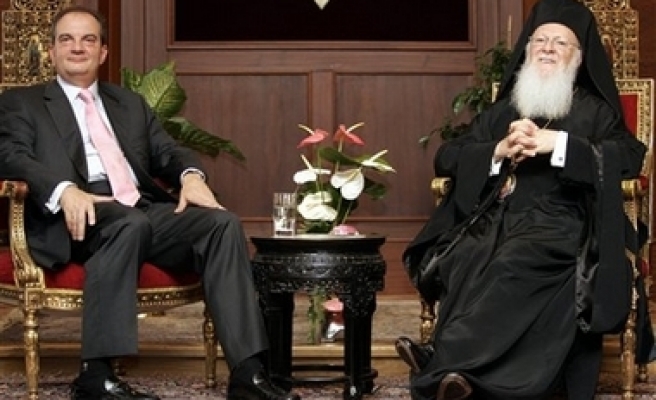 Karamanlis was accompanied by his foreign minister, Dora Bakoyannis, who was also attending the BSEC gathering. Karamanlis was seen praying and lighting a candle at a church inside the Patriarchate.

The one-hour visit to the Patriarchate was open to Greek journalists and closed to the Turkish press.

The status of the Greek Orthodox Patriarchate is one of the problematic issues between Turkey and Greece. Ankara does not recognize an ecumenical title for Patriarch Bartolomeos, accepting him as leader only of Turkey’s Greek Orthodox minority.

Athens is demanding greater rights for the Greek minority and is pressuring Ankara to open a Greek Orthodox seminary on an island off İstanbul, closed since 1971. Last Mod: 26 Haziran 2007, 11:42
Add Comment