Karzai and Musharraf to meet in Turkey 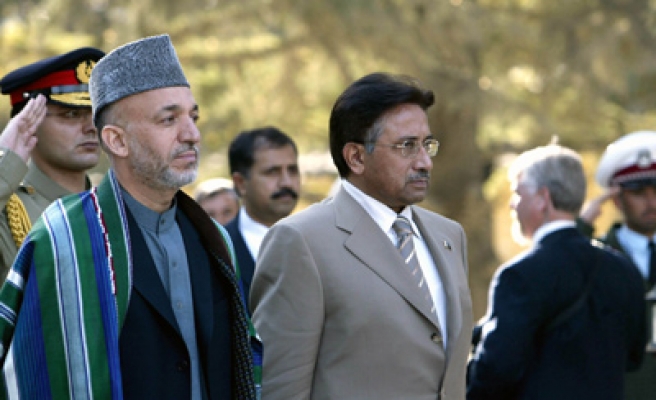 A summit between Pakistan and Afghanistan aiming to cool bilateral tensions in the fight against the Taliban insurgency will go ahead as planned, officials here said Sunday.

Some reports had earlier suggested Musharraf could return home after a suicide bomber killed 24 people and wounded Interior Minister Aftab Sherpao at a political rally in northwest Pakistan on Saturday.

Mutual recriminations have clouded relations between Afghanistan and Pakistan, both key US allies in the fight against terrorism.

Most Afghan officials, including Karzai, blame Pakistan for failing to prevent Taliban from attacking their country from bases in Pakistan's tribal areas along the border with Afghanistan.

Islamabad says it has taken effective measures and accuses Kabul of shifting the blame for its own failures in tackling the Taliban. Last Mod: 29 Nisan 2007, 13:47
Add Comment