Nato and US-led troops are failing to co-ordinate with their Afghan allies and thereby causing civilian deaths, President Hamid Karzai has said. 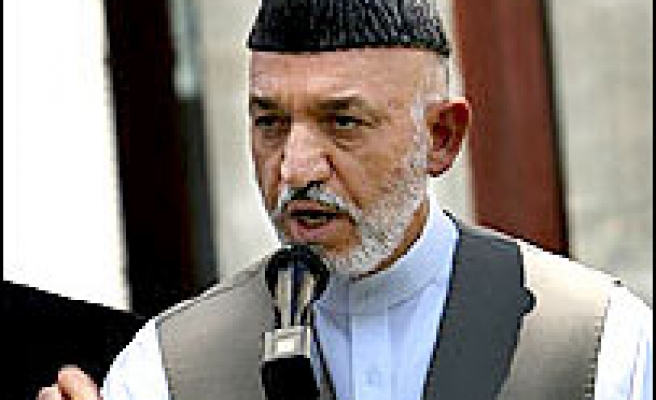 He criticised his Western allies' "extreme" use of force and said they should act as his government asked.

He was speaking after a week in which up to 90 Afghan civilians were killed.

The south of the country has seen the worst violence since the Taleban were ousted from power in 2001 by US-led troops.

Accusing international forces of consistently failing to co-ordinate with their Afghan colleagues, Mr Karzai said that, in future, every military operation should be co-ordinated directly with his government, in accordance with written plans he said already existed.

"As you are aware over the past several days, as result of indiscriminate and imprecise operations of Nato and coalition forces, our people suffered casualties," Mr Karzai told reporters in Kabul, looking visibly angry.

"We are thankful for their help to Afghanistan. But that does not mean that Afghan lives have no value.

"Afghan life is not cheap and it should not be treated as such," he said.

There are two international missions in Afghanistan: the Nato-led Isaf, with 37,000 troops from 37 countries including the US. Its aim is to help the Afghan government bring security, development and better governance. The US-led coalition - under the banner of Operation Enduring Freedom - is a counter-terrorism mission that involves mainly special forces.

Both have recently been involved in heavy clashes with insurgents.


On Friday, Nato's secretary general called for an investigation into the latest incident in which 25 civilians were killed in an air strike in the Afghan province of Helmand.

Speaking in Quebec City, Canada, Mr de Hoop Scheffer said no Nato, coalition or Afghan soldier would knowingly take aim at a civilian, and accused the Taleban of using civilians as human shields.

"Each innocent civilian victim is one too many," he said.