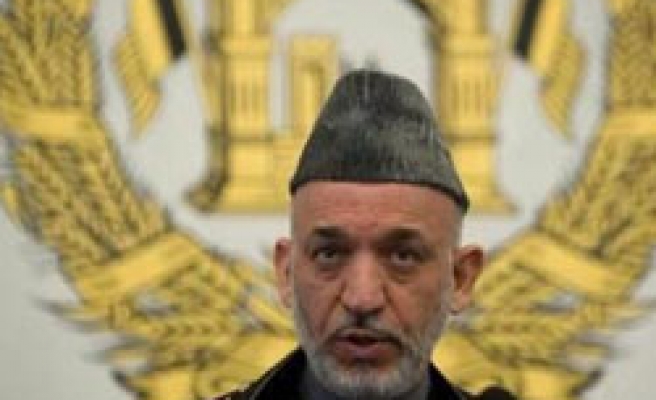 Afghan President Hamid Karzai criticized the U.S. and British conduct of the war in Afghanistan, telling The New York Times in an interview published on Saturday his government must be accorded the lead in policy decisions.

Karzai told the newspaper he wanted U.S. forces to stop arresting suspected Taliban members and their sympathizers, saying that fear of arrest along with past mistreatment were discouraging them from coming forward and laying down their arms.

"It has to happen," he said of the end to such arrests. Karzai also said in the interview conducted on Friday that he did not have specific details about alleged mistreatment of people in custody.

Ousted from power in 2001 by U.S.-led and Afghan forces, the al Qaeda-backed Taliban has vowed to topple the Afghan government and drive out the foreign troops who back it. Nearly 12,000 people, including more than 330 foreign troops, have been killed in violence in the past two years.

Karzai, who faces re-election next year, criticized the U.S.-led coalition for what he characterized as carrying out the war on terrorism in Afghanistan's villages, and said the real threat was centered in Taliban and al Qaeda sanctuaries in neighboring Pakistan. "The sanctuaries must go, period," the Times quoted him as saying.

Karzai added, "I must also be fair to say that our partners in America have recognized my concerns and have acted on them in good faith."

In calling for greater Afghan autonomy, Karzai said, "For the success of the world in Afghanistan, it would be better to recognize this inherent character in Afghanistan and work with it and support it."

"Eventually, if the world is to succeed in Afghanistan, it will be by building the Afghan state, not by keeping it weak," he told the Times at his presidential office.

Karzai said relations with Pakistan's new government began on a good note. "I am fairly confident of their good intentions," he said. "If the current government has the full backing of the military and intelligence circles in Pakistan and with the good intentions that they have, things will improve."