Afghan President Hamid Karzai was hussled away but escaped unhurt after an assassination attempt during an official celebration in the capital, Kabul, on Sunday. 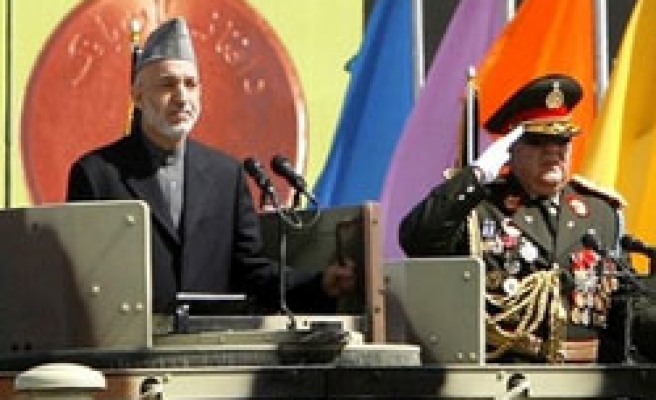 A Presidential Palace source said Karzai was safe, but the Taliban, which claimed responsibility for the attack, said three of its fighters were killed.

"Yes, he is safe and fine," said the palace source, declining to be named.

Government ministers along with leaders of other political factions were seen ducking down on a dais after gunfire sounded at the celebration to mark the 16th anniversary of fall of the communist government to the mujahideen.

State television cut off live transmission of the event.

Sounds of gunfire could be still heard after television stopped coverage.

The celebration, organised under tight security for days, was cancelled.

A Taliban spokesman said its insurgents were behind the firing at Karzai who has survived several assassination attempt against his life in recent years.

"We had our people there who fired at Karzai," Zabihullah Mujahid told a Reuters from an undisclosed location.