Karzai rejects US use of Afghan soil against Iran

Karzai said his government had facilitated talks between Tehran and Washington, and had also served as a messenger between both in the past. 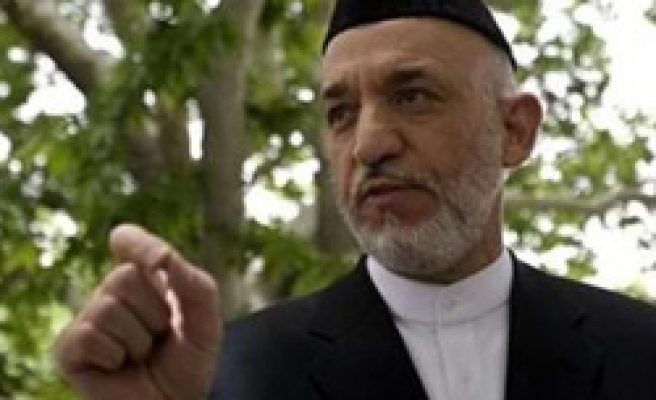 Afghanistan rejects U.S. use of its territory for launching a possible attack against neighbouring Iran, President Hamid Karzai said in an interview broadcast on Monday.

Karzai said his government, which came to power after U.S.-led and Afghan forces overthrew the Taliban in 2001, had always tried to "keep the balance between the powers".

"We are attentive to the dangers," Karzai told Radio Liberty when asked about the possible repercussions of a conflict between Iran and the United States.

"Afghanistan should not become the battleground of differences of any country," he said in a wide-ranging interview. "Afghanistan does not want its soil to be used against any country and Afghanistan wants to be a friend of Iran as a neighbour which shares the same language and religion."

Karzai said his government had facilitated talks between Tehran and Washington, and had also served as a messenger between both in the past.

Washington has some 32,000 troops in Afghanistan.

Nearly 700 Afghan civilians have been killed in the first six months of 2008, the United Nations says.

"This in reality is a disaster ... many innocent people have been killed in the bombardment. For five years, routinely, I have been trying to prevent foreign forces from possibly harming our nation. Unfortunately, this effort has not had outcome I wanted, and as the nation expects," Karzai said.

Karzai brushed aside reports about a possible postponement of next year's presidential election due to rising conflict.

He said Afghanistan favoured good ties with its other large neighbour, Pakistan, but said there were "elements in Pakistan's intelligence and Pakistan's army" who did not want a stable Afghanistan.