Shops and businesses in Indian Kashmir were closed in a protest over reported assaults on Muslims by Hindus. 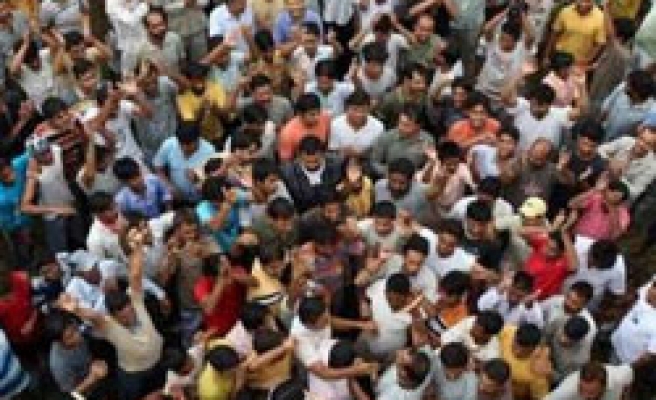 Shops and businesses in Indian occupied Kashmir were closed on Monday in a protest over reported assaults on Muslims by Hindus, the latest in tit-for-tat demonstrations over the transfer of land to a Hindu shrine.

Police clashed with hundreds of stone-throwing Muslim protesters in Srinagar, Kashmir's summer capital, who were protesting against attacks on Muslims in the neighbouring region of Jammu, police said.

Authorities in Kashmir extended a curfew on Monday in Jammu after violent protests over the weekend against the government by Hindus for halting the transfer of forest land.

Hindus in Jammu have been protesting over the past three weeks and the Indian army was sent to the city on Friday after two Hindu protesters were killed.

"We stick to our core demand, restoration of land," Shri Amarnath Yatra Sangrash Samiti, a Hindu group leading the protests, said in a statement.

At least 50 people, including 20 policemen, have been injured in clashes between Hindu protesters and police in the Jammu region, a police official said.

Hindu protesters have also stopped traffic on the region's key 300-km (185 mile) highway, the only surface link between the Kashmir valley and the rest of India.

"Hundreds of trucks carrying fruit from the valley were stranded on the highway for days," said Rafi Ahmad, of Kashmir's Chamber of Commerce and Industries.