Muslim Kashmiris denounced the land transfer as an attempt to build Hindu settlements in the area and alter the demographics in the Muslim-majority state. 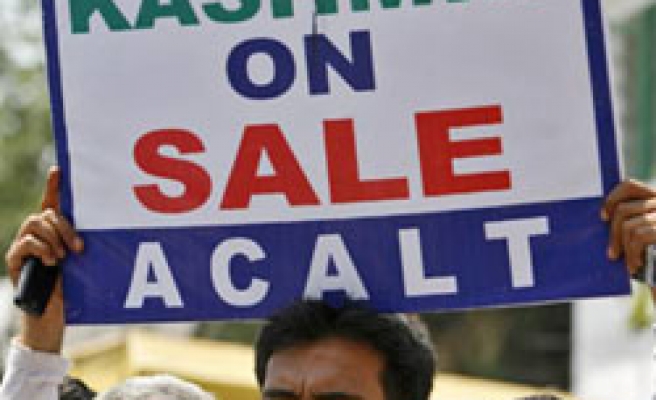 The top elected official in Indian-administered Kashmir announced his resignation Monday after weeks of protests over the transfer of government land to a Hindu shrine in the Muslim-majority region.

Chief Minister Ghulam Nabi Azad said he would resign after a key party in the ruling coalition withdrew its support for the state government over its handling of the land transfer controversy. At least six people were killed and hundreds wounded in the protests.

Azad announced his intention to quit in the state parliament and was expected to submit his resignation to the governor later in the day.

The protests was sparked when the state government transferred 99 acres of land last month to the Shri Amarnath Shrine Board, a trust running a Hindu shrine.

Muslim Kashmiris denounced the land transfer as an attempt to build Hindu settlements in the area and alter the demographics in the Muslim-majority state.

Faced with some of the largest protests against Indian rule in nearly two decades, Azad revoked the order — a move that led to further unrest, Hindus staged protests in Jammu, a predominantly Hindu area of the state.

Following the protests, the People's Democratic Party said it would no longer support the governing Congress party in the state. After Azad's resignation other parties will be given a chance to form a majority coalition. If negotiations fail, elections scheduled for October will be brought forward.

Kashmiris say that Hindu-majority India uses the annual religious event as a political statement to bolster its claim over Kashmir, which is divided between Pakistan and India but claimed by both.