The Indian army is deploying around 10,000 extra soldiers in Kashmir to quell weeks of protests over Kashmir land. 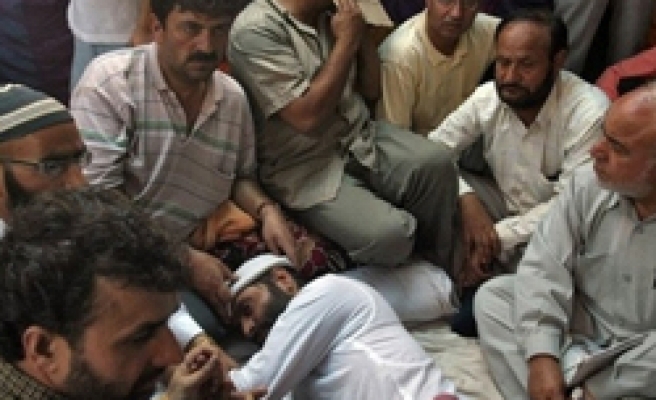 A prominent Kashmir Muslim leader was hospitalised Thursday after his health deteriorated on the third day of an indefinite hunger strike, doctors said.

Also, the Indian army is deploying around 10,000 extra soldiers in Kashmir to quell weeks of protests over Kashmir land.

The troops will be deployed around the winter capital of Jammu, a Hindu-dominated region in Muslim-majority Kashmir where thousands of people have been protesting to demand the transfer of about 100 acres (40 hectares) of land to a Hindu shrine trust.

The dispute began after the Kashmir government had attempted to give Kashmir forest land to Hindus.

The government then backed down on its decision.

"This troop strength is in addition to large contingents of paramilitary forces and police already deployed to contain the unrest", a senior army officer, asking not to be named, told Reuters.

The city of Jammu has been under curfew for most of the week, leading to shortages of basic supplies from food to medicine to Kashmiris.

"We can't understand what logic government has in continuing with this curfew when they have failed to contain the protests", asks Virender Sethi, a shop worker.

India's Prime Minister Manmohan Singh held an emergency meeting with political leaders on Wednesday. While all parties agreed for the need to restore peace to the region, the talks produced little concrete results.

In Srinagar, the summer capital of Kashmir, an influential senior Muslim leader on a hunger strike to protest attacks on Muslims and the economic blockade of the valley by Hindu protesters was taken to hospital on Thursday after he lost consciousness, police said.

Muslim-majority Kashmir valley is running short of essentials after Hindu protesters blocked traffic on the main highway during protests.

Shops and businesses remained closed in Srinagar for the fourth day on Thursday in protest against attacks and the highway blockade."

The JKLF, which declared a ceasefire against Indian security forces in 1994, is campaigning for complete independence for Kashmir from both India and Pakistan. Both claim the disputed region in full but rule in parts.

Indian police said on Thursday they defused a powerful bomb planted on a road leading to highly guarded airport in Srinagar.