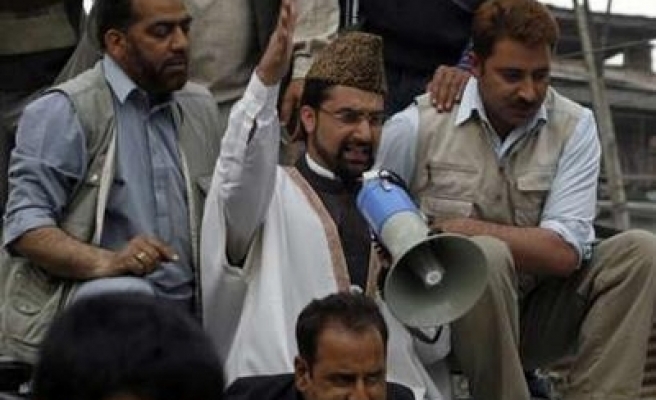 The protest came hours after Indian Prime Minister Manmohan Singh began a two-day visit to the troubled region, where tens of thousands of people have been killed since 1989.

The demonstration erupted weeks after the Association of Parents of Disappeared Persons (APDP), an independent group in Kashmir said they discovered nearly a thousand unmarked graves in cemeteries in 18 villages close to the Line of Control, which divides Kashmir between India and Pakistan.

Half a dozen people were injured after police fired teargas shells at stone-throwing protestors.

"We ask Indians and the world community, whose graves are these? ... Human rights violations in Kashmir have increased and we will continue protest," Farooq said in his Friday sermon before leading the protest demonstration.

The APDP estimates up to 10,000 people have gone missing following their arrest by security forces during the nearly two decades in Kashmir, and says many of the missing could have ended up in these unmarked graves.

Authorities in Kashmir have "denied" the allegations, saying such reports were intended to malign Indian security forces.