A key partner in Kashmir's ruling coalition, the People's Democratic Party (PDP), withdrew its support on weekend over the land transfer. 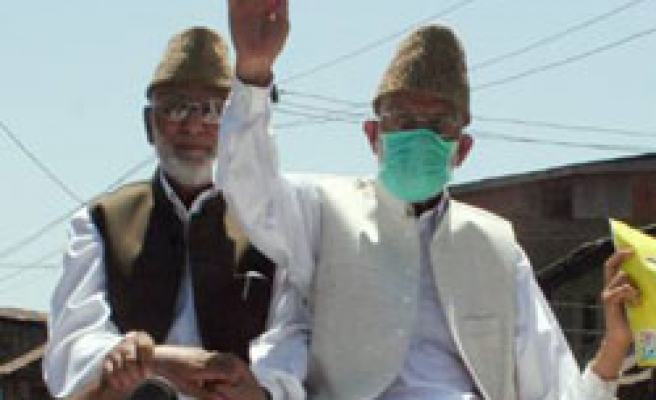 Thousands of Muslim protesters angry at transfer of land to a Hindu shrine trust in Kashmir shut down the region for the eighth day on Monday, even after authorities said the decision would be revoked.

Kashmiris protested the transfer of about 100 acres to a Hindu trust.

They said the move was a conspiracy to change the demography of mainly Hindu India's only Muslim-majority state.

A week of protests, in which four people were shot dead by police, led the state government to say the land move would be revoked.

But Muslims say they would wait until they saw the written order.

Ghulam Nabi Azad, the chief minister of Jammu and Kashmir state, has not given a timeframe for revoking the decision.

Nearly 300 people including political activists, lawyers and students, staged a demonstration in Muzaffarabad, the main city in Pakistani-administered Kashmir, to express solidarity with the Muslim protesters in Indian-controlled Kashmir.

India and Pakistan, who have fought wars over Kashmir, claim the region in full but rule in parts.

A key partner in Kashmir's ruling coalition, the People's Democratic Party (PDP), withdrew its support on weekend over the land transfer.

More than 43,000 people have been killed in Kashmir in nearly two decades of insurgency, officials say. Human rights groups put the toll at about 60,000 dead or missing.