A Kazakh court jailed 17 health workers on Wednesday for infecting dozens of babies with HIV/AIDS but provoked outrage from parents for sparing four senior officials from incarceration. 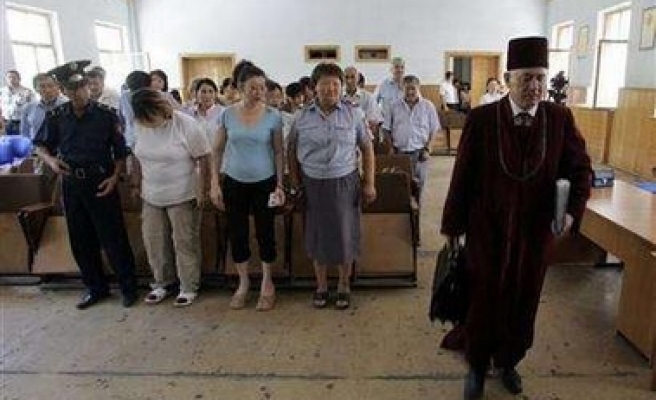 A Kazakh court jailed 17 health workers on Wednesday for infecting dozens of babies with HIV/AIDS but provoked outrage from parents for sparing four senior officials from incarceration.

The 21 doctors and officials went on trial in the southern city of Shymkent in January on charges of criminal negligence for allowing the children to be infected, mainly through blood transfusions in hospitals.

So far 10 babies have died as a result of the infection.

Tension in the courtroom exploded when the children's parents shouted "Death penalty to Tasmagambetova!" and tried to break through a police cordon in an attempt to reach the defendants.

As a police van drove the convicts away from the court, the babies' distressed relatives, some in tears, threw stones and plastic bottles at the van and shouted "Death!" and "What for?"

The case marked a new front in the spread of the AIDS virus in the ex-Soviet Central Asian state where the World Bank says the number of registered cases has almost doubled each year since 2000.

Injecting drugs is the most common course of infection in Central Asia, the main route of drugs trafficking from Afghanistan to Europe. Crumbling Soviet-era hospitals and medical infrastructure are also contributing to the problem.