A Kazakh military court Wednesday sentenced the former son-in-law of President Nursultan Nazarbayev in absentia to 20 years in jail on charges that included planning a coup, prosecutors said. 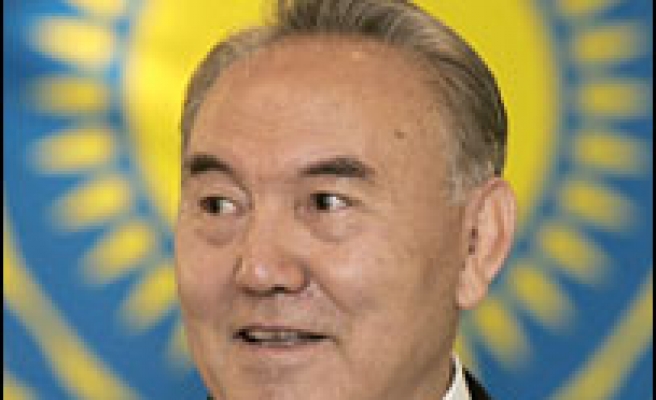 The sentence comes as another blow for the former deputy foreign minister Rakhat Aliyev, who was given a 20-year sentence in January, also in absentia, on charges of kidnapping and embezzlement.

Aliyev, who is in Austria, has maintained he's innocent and says the accusations are part of a state-organized plot.

The court sentenced another 15 Kazakh citizens, including the former head of Kazakhstan's successor agency to the KGB, Alnur Musayev to sentences ranging from five to 20 years, Prosecutor General's office said in a statement. The trial began Jan. 23 and took place behind closed doors.

Charges against Aliyev and Musayev included abuse of office, embezzlement, and unauthorized and acquisition of state secrets. The court found that Aliyev had funded training of armed fighters with the aim of toppling the Kazakh government, the statement said.

Aliyev was dismissed as ambassador to Austria in May after he publicly accused Nazarbayev of a "retreat to the totalitarian Soviet past" and said he would run for president in 2012.

He was later divorced from Nazarbayev's eldest daughter Dariga, who is widely viewed as a potential successor to the 67-year-old president.

Aliyev was arrested in Vienna on June 1 on an international warrant, but Austria has so far rejected Kazakhstan's extradition requests and Aliyev has requested asylum. Aliyev argues his life would be in danger.