The son-in-law of Kazakhstan's president — wanted in his homeland on kidnapping charges — has been released on bail, an official said Sunday. 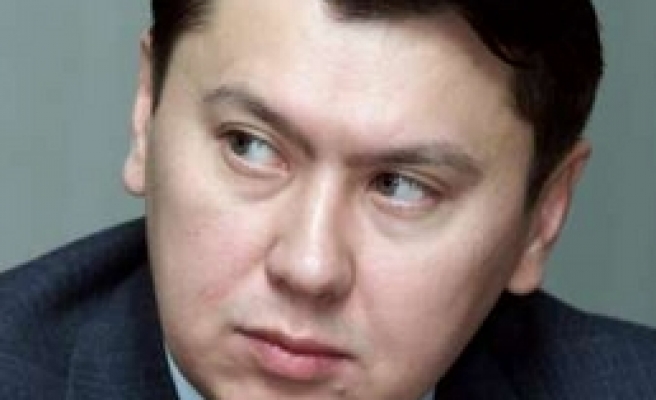 The son-in-law of Kazakhstan's president — wanted in his homeland on kidnapping charges — has been released on bail, an official said Sunday.

Rakhat Aliyev, who was arrested Friday on an international warrant for the suspected kidnapping of two senior managers of a bank he controls, was released on a $1.3 million bail but must remain in Austria and make himself available for extradition proceedings, Gerhard Jarosch, a spokesman for the Vienna public prosecutor's office, told the Austria Press Agency.

He said the bail would have to be paid within eight days.

Austrian officials have not said whether they would extradite Aliyev. Austrian media reported Sunday that a decision was expected in the coming weeks.

Aliyev, who was the Kazakh ambassador to Austria before he was fired last weekend, was also released from the hospital, two days after being admitted because of chest pains, Jarosch said.

Aliyev said he believes his father-in-law, President Nursultan Nazarbayev, issued the arrest warrant because he had publicly challenged Nazarbayev and had declared his intentions to challenge him for the presidency in 2012.

He has rejected the abduction allegations, saying they were fabricated on Nazarbayev's orders.