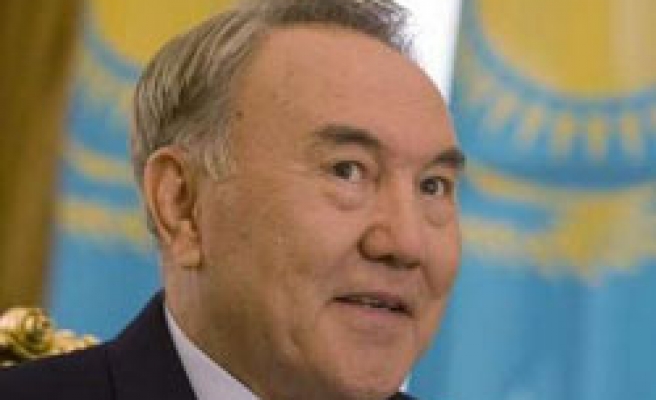 Kazakhstan's opposition accused the government on Tuesday of backtracking on pledges to bring more democracy ahead of the state's chairmanship of Europe's top democracy watchdog in 2010.

The West endorsed Kazakhstan's bid to chair the Organisation for Security and Co-operation in Europe in late 2007 after the Central Asian nation vowed to implement more political reform.

"It's been seven months already but nothing has moved on," Abilov told reporters. "The authorities did not want to change anything when they made their promises to the OSCE. They just want the chairmanship."

Nazarbayev, in power since 1989, has never been elected in a vote judged free and fair by the OSCE. Last year, the OSCE described a Kazakh parliamentary poll, in which a presidential party won all seats in the lower house, as being below required standards.

Nazarbayev is widely credited in the oil-rich nation for bringing stability after years of post-Soviet chaos and making Kazakhstan a leading regional economy.

The opposition, however, remains fragmented and weak and joint appeals such as Tuesday's are rare. In their statement, Abilov and Tuyakbai urged the government to reform the election and media laws and ease restrictions on public meetings.

"Without fundamental changes and reform we cannot reverse all these negative processes," Tuyakbai told reporters.

Officials could not be reached for a comment but a Nazarbayev adviser said this month that the government was fully committed to reform and was even mulling an early parliamentary election to let opposition politicians in.

Echoing opposition concerns, U.S. rights groups Freedom House said on June 10 it has seen "little evidence that Kazakhstan is taking the steps necessary to uphold the principles enshrined in the OSCE charter."