The son-in-law of Kazakhstan's president has appealed to Austrian authorities not to extradite him to his homeland to face kidnapping charges. 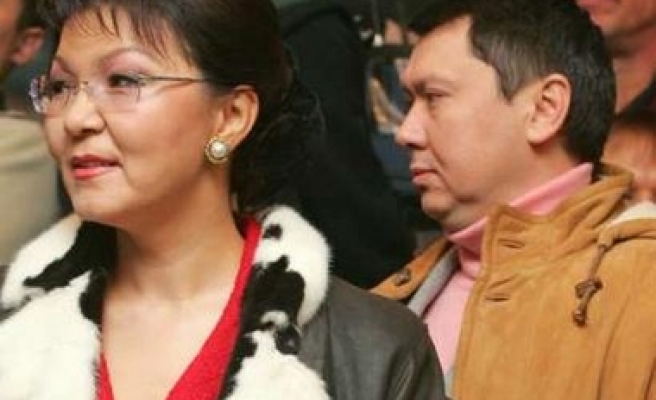 The son-in-law of Kazakhstan's president has appealed to Austrian authorities not to extradite him to his homeland to face kidnapping charges, a magazine reported Saturday.

In an interview with the weekly Profil, Rakhat Aliyev said he hopes to obtain Austrian citizenship and contends his life would be in danger if he is sent back to homeland.

"Austria must not deliver me to a system under which my life and the lives of my family are endangered," he was quoted as saying.

Federal police spokesman Gerald Hesztera said Aliyev, who was the Kazakh ambassador to Austria before he was dismissed last weekend, was arrested Friday for alleged involvement in the suspected kidnapping of two senior managers of a bank he controls.

Austrian officials were to decide by Sunday whether to extradite Aliyev or release him on bail.

Aliyev remained hospitalized Saturday after complaining of chest pains shortly after being taken into custody, said Gerhard Jarosch, a spokesman for the Vienna public prosecutor's office.

Aliyev said he believes his father-in-law, President Nursultan Nazarbayev, issued the international warrant for his arrest because he had publicly challenged Nazarbayev and had declared his intentions to challenge him for the presidency in 2012.

"The president told me over and over: 'This is my country. Everyone does what I want, and you are the only one who does not obey me,'" Aliyev told Profil, blaming Nazarbayev for damaging the country's reputation.

"Right now, we are presenting an image which confirms all the cliches in the film 'Borat,'" the magazine quoted him as saying. British comedian Sacha Baron Cohen's 2006 film, "Borat: Cultural Learnings of America for Make Benefit Glorious Nation of Kazakhstan," depicts the nation as bigoted and backward.

Aliyev, who is married to Nazarbayev's daughter, Dariga, is suspected of an attempt to unseat his father-in-law in 2001 and recently advocated the establishment of a monarchy in Kazakhstan.

He was fired from his position as deputy foreign minister after the abduction allegations were made in February and was named Kazakhstan's ambassador to Austria. He was dismissed from that position on May 26 after he publicly accused Nazarbayev of a "retreat to the totalitarian Soviet past" and said he would run for president.

He also rejected the abduction allegations, saying they were fabricated on Nazarbayev's orders.

"I don't resist an investigation. I have nothing to hide," he told Profil.

Aliyev, a former tax police chief, has substantial business interests. His wife, who controls the country's most powerful media holding, has a seat in parliament and is a deputy chairman of her father's political party.

Aliyev told Profil his father-in-law was conspiring "to bring all mass media under his control" and squelch any dissent.

"This is a warning to all other successful businessmen in my country. The message is: Don't turn against the president — otherwise, you'll lose everything," the magazine quoted him as saying.