Kazakhstan's president can stay in office for unlimited

Kazakhstan's parliament has voted to allow Nursultan Nazarbayev, the country's president, to stay in office for an unlimited number of terms. 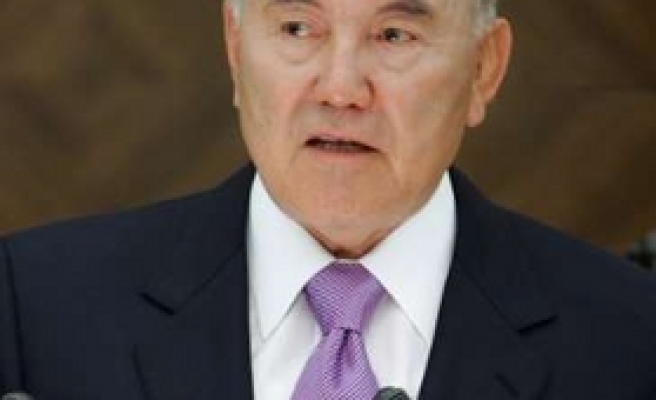 Kazakhstan's parliament has voted to allow Nursultan Nazarbayev, the country's president, to stay in office for an unlimited number of terms.

Only one in more than 100 members of both legislative chambers voted against the draft law on Friday, which is yet to be signed by Nazarbayev.

Earlier this week the parliament voted to back Nazarbayev's initiative to cut presidential terms to five years from seven years after his mandate expires in 2012.


Yermet Zhumabayev, a parliamentarian, said: "Taking into account the first president's historic role as one of the founders of a new, independent Kazakhstan, as well as a need to complete the launched political and economic reforms, the joint [parliamentary] commission adopted this decision."
Nazarbayev, a 66-year-old former steelworker who has been in power since 1989, led the Central Asian state to independence in 1991 after the Soviet Union's collapse.

The vast steppe nation of 15 million, which borders Russia and China, aspires to take over the rotating chairmanship of the Organisation for Security and Cooperation in Europe in 2009. Last Mod: 18 Mayıs 2007, 12:03
Add Comment