Kazakhstan launched the Russian-build KazSat-1 satellite in June 2006, the first of four which it aimed to have in orbit by 2020 and which it said would establish the Central Asian country as a global space power. 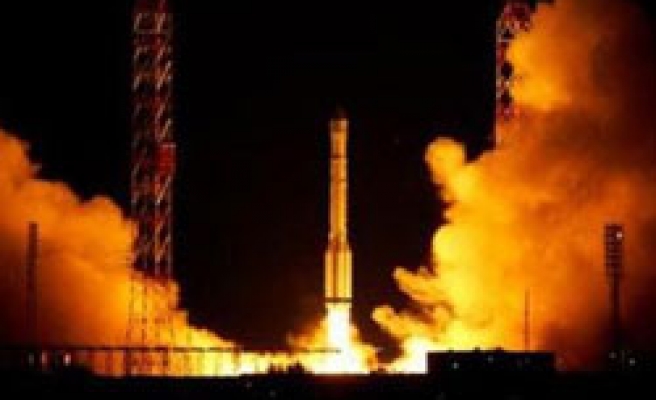 Kazakhstan's sole communications satellite, used by many of the country's television broadcasters, is out of control due to a computer glitch and is likely to be lost altogether, space officials said on Monday.

Kazakhstan launched the Russian-build KazSat-1 satellite in June 2006, the first of four which it aimed to have in orbit by 2020 and which it said would establish the Central Asian country as a global space power.

"There is a high probability that the satellite will be lost," Kazakhstan's National Space Agency said in a statement.

Agency head Talgat Musabayev said the satellite, which experts said cost $60 million to $100 million at the time of launch, has been out of touch since June 8 and could no longer be controlled from a space command centre in neighbouring Russia.

"It's still alive but it's not breathing well," Musabayev, himself a former cosmonaut, told reporters. "It is not responding to commands."

Musabayev said a breakdown in KazSat's onboard digital computing system was to blame for its sudden failure, which forced some of Kazakhstan's major broadcasters, such as the state-run channel Khabar TV, to switch to more costly back-up satellites.

A number of smaller television companies have had to close altogether, he said.

Home to the Baikonur Cosmodrome, a space centre built in Soviet times and now leased to Russia for $115 million a year, Kazakhstan has long harboured dreams of developing its own independent space programme.

But progress has been slow, Musabayev said, due to a lack of a coordinated strategy on space development since Kazakhstan, Central Asia's biggest economy and oil producer, gained independence from Moscow in 1991.

"There has been no focused approach," he said.

Musabayev did not directly blame Russia for KazSat's breakdown, but said Kazakhstan may need to acquire space equipment from Western suppliers in the future, reflecting a wider view in the country that it should pursue a more independent diplomacy.

Baikonur was the venue for the world's first satellite launch in 1957 of Sputnik 1, and then for the flight in 1961 that made Yuri Gagarin the first man in space.