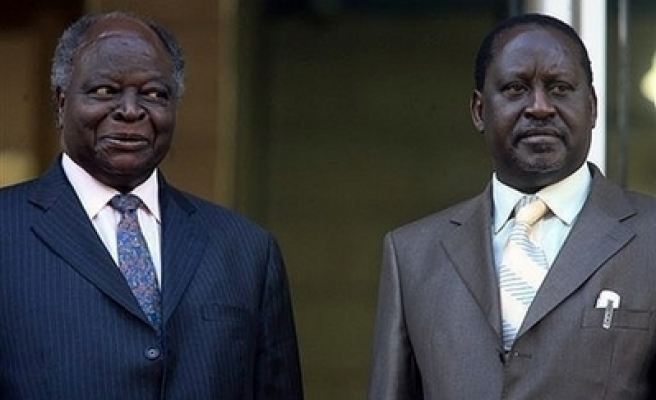 "I am today announcing the cabinet of the grand coalition government," Kibaki said in a live televised speech alongside Odinga, who was appointed prime minister.

"I want to thank you, my fellow Kenyans, for your tolerance and patience during this period... I'll do everything possible to ensure that our country Kenya is steered along the path of peace, unity and stability."

The naming of a power-sharing cabinet is central to a deal ending the east African nation's post-election crisis. More than 1,200 people died and 300,000 were uprooted in what became the country's bloodiest episode independence in 1963.

Violence exploded after Odinga accused Kibaki, Kenya's longest-serving politician, of rigging his re-election at the December 27 vote that was Kenya's closest-ever presidential poll.

The electoral fight degenerated into ethnic killings and riots that shattered Kenya's image as a stable tourism and trade hub, with one of sub-Saharan Africa's most promising economies.