Republican support for the Iraq war is slipping by the day after four years of combat and more than 3,560 U.S. deaths. 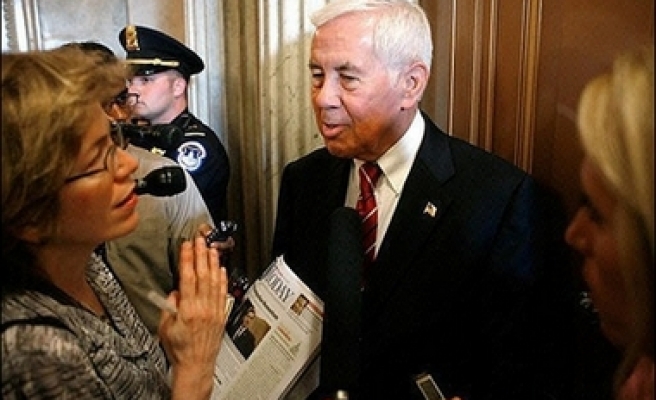 Republican support for the Iraq war is slipping by the day. After four years of combat and more than 3,560 U.S. deaths, two Republican senators previously reluctant to challenge President Bush on the war announced they could no longer support the deployment of 157,000 troops and asked the president to begin bringing them home.

"We must not abandon our mission, but we must begin a transition where the Iraqi government and its neighbors play a larger role in stabilizing Iraq," Sen. George Voinovich, R-Ohio, wrote in a letter to Bush.

Voinovich, a member of the Senate Foreign Relations Committee, released his letter Tuesday — one day after Sen. Richard Lugar of Indiana, the panel's top Republican, said in a floor speech that Bush's strategy was not working.

"The longer we delay the planning for a redeployment, the less likely it is to be successful," said Lugar, who plans to meet later this week with Stephen Hadley, Bush's national security adviser.

Lugar and Voinovich are not the first GOP members to call for U.S. troops to leave Iraq. Sens. Chuck Hagel of Nebraska, Olympia Snowe of Maine and Gordon Smith of Oregon made similar remarks earlier this year.

But their public break is significant because it raises the possibility that Senate Democrats could muster the 60 votes needed to pass legislation that would call for Bush to bring troops home.

Their remarks also are an early warning shot to a lame duck president that GOP support for the war is thinning. The administration is not expected until September to say whether a recent troop buildup in Iraq is working.

"Everyone should take note, especially the administration," said Snowe, R-Maine, noting Lugar's senior position within the GOP. "It certainly indicates the tide is turning."

Lugar told reporters Tuesday that he does not expect the fall assessment to be conclusive and would only fuel sentiment among lawmakers that Congress should intervene with legislation to end the war.

"The president has an opportunity now to bring about a bipartisan foreign policy," Lugar said. "I don't think he'll have that option very long."

Republican support for the war has declined steadily since last year's elections, mirroring public poll numbers. In an AP-Ipsos poll earlier this month, 28 percent said they were satisfied with President Bush's handling of the war in Iraq, down 5 percentage points in a month.