Speaking outside the courtroom, chief prosecutor Moshe Lador said he hoped a decision on whether to file charges against Olmert would be made soon, 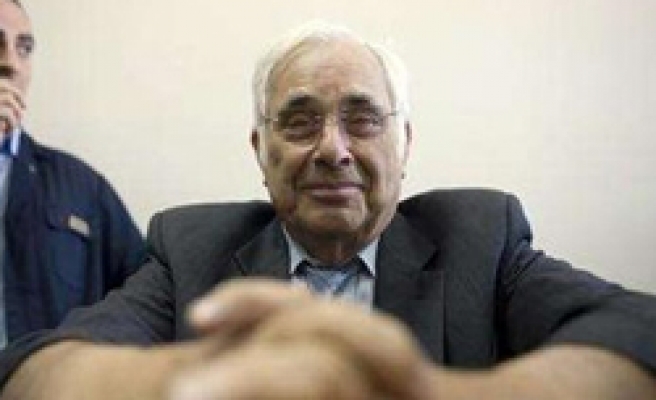 "I never gave a false answer," Morris Talansky said in the Jerusalem District Court about his questioning by police and his previous appearance on the witness stand in May.

Praising Olmert as "someone worthy of support," Talansky, a New York-based fund-raiser for various Israeli organizations, had testified he had given $150,000 in cash-stuffed envelopes to the former Jerusalem mayor over a 15-year period.

"Today, the truth will emerge," said Eli Zohar, one of Olmert's lawyers, at the start of what could be up to five days of questioning aimed at poking holes in the prosecution's case and challenging Talansky's credibility.

Zohar appeared to score points early in the session, playing a tape recording showing that Talansky, despite his denials, had asked prosecutors whether they considered him a suspect.

"I don't believe I invented stories," said Talansky, 75, adding that while he may not have remembered correctly some details of events, his accounts in general were accurate.

Olmert's own party, Kadima, has already begun the process of replacing him. It has scheduled a leadership election for September, under pressure from its main coalition partner, the Labor Party, to dump the embattled Olmert.

Speaking outside the courtroom, chief prosecutor Moshe Lador said he hoped a decision on whether to file charges against Olmert would be made soon, but gave no date.

Olmert has said to conduct the government's business as usual, despite the feeling among many Israelis that he will have to step down and speculation about a general election as early as November.

Last week, Olmert, who has been questioned three times by police, was stung by a new set of corruption allegations.

Police said they were investigating accusations that Olmert made duplicate claims for overseas travel expenses while serving as Jerusalem's mayor and trade minister. His lawyers said he had done nothing wrong.