Lessons in Islam have sparked a war of words between the north’s authorities and unions after the ‘education ministry’ announced it would be providing religious instruction to primary students over the school summer holidays. 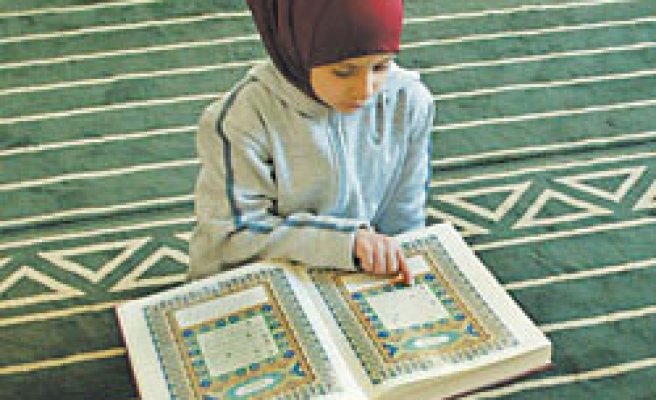 Lessons in Islam have sparked a war of words between the north’s authorities and unions after the ‘education ministry’ announced it would be providing religious instruction to primary students over the school summer holidays.

The move is intended to put an end to “unofficial” Koran courses being taught to children in mosques in the north. Last year, fierce debate erupted after it emerged that hundreds of primary school children were being given instruction in the Koran by Imams, who the ‘education ministry’ said had no pedagogic experience or qualifications.

The Cyprus Turkish Teachers Union (KTOS), however, sees the move as “a stain on secularism” and nothing more than a sop to Turkey’s ruling Justice and Development Party (AKP).

“There is nothing this government won’t do to look sweet to the AKP,” KTOS head Sener Elcil said on Thursday.

But both the ministry and the office for religious affairs yesterday rejected Elcil’s claims.

Undersecretary to the ‘education minister’ Erdogan Sorakin yesterday told the Cyprus Mail the aim was to take religious education “out of the mosques and into the classroom” so that it could “properly supervise what is being taught”.

“We told the head of religious affairs we are strongly opposed to education taking place in mosques, but that if there was a demand for extra religious instruction over the summer, we would be willing to provide it as part of a range of activities we run over the summer break,” he said.

Sorakin added instruction would be provided by trained teachers, and not Imams.
Sorakin also rejected Elcil’s accusation that the north’s authorities were seeking to curry favour with the Turkish government by saying, “If we’d wanted to get closer to the AKP, we would have given permission to hold lessons in the mosques”.

Assistant head of the religious affairs office Mehmet Emin Yeltekin yesterday admitted to the Mail he was unhappy with the move, but said he and his office would work with the body to make sure lessons went ahead in school classrooms, and not mosques, as planned.

“We have compromised and it has been has agreed that we will put ourselves at the ministry’s disposal regarding materials and technical support,” Yeltekin said.

He added, however, that he still believed “the mosque is the appropriate place for religious instruction”.

“Footballers practice football on a football pitch; swimmers swim in swimming pools. And we believe religion should be learned and practiced in a religious building,” he said.

Yeltekin also said the parents of around a thousand school pupils had registered their children’s names at the office for instruction over the summer.

Asked whether those registering their children were predominantly from the generally more devout mainland Turkish section of the population Yeltekin replied, “They are a mixture of mainland Turkish and Turkish Cypriots.

“There are even some Christian families who have enrolled their children because they want to know about Islam for cultural reasons.”