Senior military officers from the two Koreas began talks Friday on easing tensions, one day after the North test-fired two missiles off its coast. 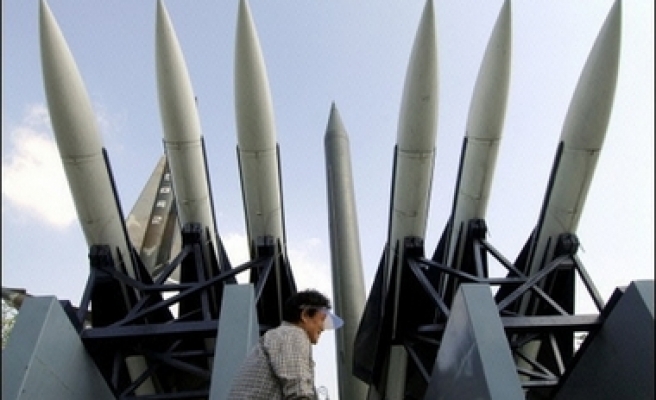 Senior military officers from the two Koreas began talks Friday on easing tensions, one day after the North test-fired two missiles off its coast.

Officials quoted by Yonhap news agency said the one-day meeting at the border truce village of Panmunjom would follow up agreements during talks at the level of generals last month.

They would not say whether the three-member South Korean delegation led by Army Colonel Moon Sung-Mook would raise Thursday’s missile launches.

Seoul’s Joint Chiefs of Staff said that the missiles were believed to be ground-to-ship or ship-to-ship missiles with a range of some 100 kilometres (62 miles). All landed in North Korean waters.

A spokesman said the launches were among the routine missile tests North Korea carries out every year, as was a launch on May 25.

The US National Security Council described the missile launches as “not constructive.”

At their general-level talks the two sides agreed to hold test runs on two cross-border railways, which went ahead on May 17. The South is pushing for regular rail services, but the North’s military has so far refused to offer security guarantees for them.

The two sides will also consider setting up a joint fishing area and ways to prevent clashes in the Yellow Sea, the scene of bloody encounters in recent years.

The North refuses to recognise the Northern Limit Line, a sea border drawn up by United Nations forces at the end of the 1950-53 war.

Six South Koreans were killed in June 2002 in the area, a rich crab-fishing ground. In June 1999 a similar skirmish killed dozens of North Korean sailors.

The North also demands that its freighters be allowed to cross the border. Currently, they have to take a long route through international waters. Last Mod: 08 Haziran 2007, 10:54
Add Comment