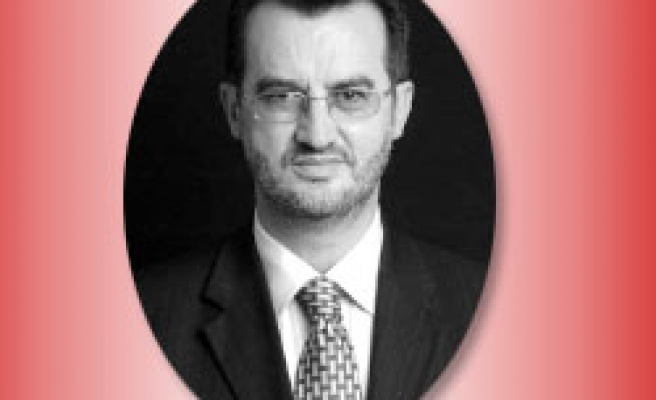 Word Bulletin: Could you tell us what your party's politic history is? To which date does your party's history go back?

Ferid Agani: Party of Justice has been established on 19 September 1999 in the early post war days of Kosova. Party has been established by intellectuals who have foreseen importance of the political organization able to reflect genuine values and interests of the all Kosova citizens in the process of Kosova state formation. Since than Party of Justice have progressive rise. In two successive mandates, 2001 and 2004, Party of Justice had a parliamentary status. In the last elections, due to a high election census, my party has lost this status despite the fact that has almost doubled the number of voters.

FA: Membership of the Party of Justice is primarily constituted of middle class citizens in main Kosovar cities, that with jealousy insist on: state building processes, promotion of their national and religious identity, as well as the importance of ethical and moral norms in politics. Based on this, Party of Justice is positioned at the centrum of the Kosova political spectrum as the only progressive democratic conservative party.

WB: Also we want to know what its difference from other parties is?

FA: Clear difference is our political engagement to enhance psychosocial stability of the Kosovar youth and the overall Kosovar society through introduction of the subject of religious education in public, elementary and high, schools; and to prevent further erosion of the public and individual moral in our country, as one of the main causes for corruption, nepotism, prostitution, human trafficking, drug use, alcoholism, etc.

WB: How do you evaluate your party's future? Do you think, nowadays central-dominant parties are able to represent Kosovo's history and cultural dynamism?

FA: Political future of the Party of Justice is bright and stable similarly like the political future of the newly born Republic of Kosova. Specific set of national and cultural values that derive from our rich, millenniums long, national history are inherent part of the Party of Justice. These values enable us to project and conduct gradual and smooth, political, cultural, economic, and broader societal reforms and transitions toward European, north-atlantics and broader international integrations. Other political parties in Kosova, in particular the central ones, at least until now, has not used the opportunity to politically position Kosova as a bridge between the east and the west, the position that geopolitically and historically belongs to her. Party of Justice would not miss this opportunity in any case.

WB: How should Kosovo's relations with West be? Do you really believe that Kosova gained independence?

FA: Kosova has absolutely gained independence. There is no doubt about that. Guarantees for this independence are political will of the majority of the people of Kosova as well as major global political players like United States of America, the large majority of the European Union states, Republic of Turkey, Japan, Australia etc., countries that has led and supported the process for declaration and recognition of the Republic of Kosova, as independent and sovereign state. Consequently, the relations of Kosova with these countries would forever be the highest ranking friendship relationships of trust and mutual support, based on the principle of mutual respect and constructive efforts for piece in the region and the world. Actual difficulties at the international level caused by obstructive activities of the Russian Federation related to the independence of Kosova, reflects only transitional situation with no long – term effects.

WB: How do you see Kosovo's place between West and Islamic world?

FA: I have a very clear vision related to this issue. Being geopolitically part of the Europe and trusted strategic partner of the west in the region and at the same having in mind the fact that the large majority of Kosova population lives with specific set of cultural and civilization values including religious ones similar with Islamic countries, Kosova has ideal position to establish constructive relationships between these, on the first sight, different parts of the world. Party of Justice would for sure serve as promoter of a continual political dialogue between the East and the West on the benefit of the peace and prosperity in Kosova, the region and broader. First activity in this direction could be stronger role for Party of Justice in the lobbying process for recognition of Kosova as independent and sovereign state by countries of the Islamic Conference. This could be our first test at the international scene and I deeply believe that the results would be evident.

WB: Do you think the newly set up government is at peace with the community values? Especially what do you think about banning religious implementations?

FA: There is confusion and lack of political vision related to these issues. Simple example is banning of the right for education for young female pupils in elementary and high schools, because of their respect for head scarf as essential part of their Islamic religious identity, despite clear legal opinion of the Kosova Ombudsperson in their favor. Party of Justice has repeatedly raised this issue at the Kosova parliament, but unfortunately we have not found support from other political parties today represented in the Government and parliamentary opposition.

WB: How do you evaluate Kosovo and Turkey relations?

FA: Early recognition of the Republic of Kosova by the Government in Ankara has been admired and highly respected by Kosova institutions and its citizens. Actually, I find Kosova and Turkey relations on the very good track, and hope that they would be further improved on the benefit of the peace and stability in the region and the prosperity of citizens in both countries.

WB: Thank you for replying our questions.