Kosovo has made European Union membership a "top priority" and hopes to join the bloc in 2015, Deputy Prime Minister Hajredin Kuci told Reuters. 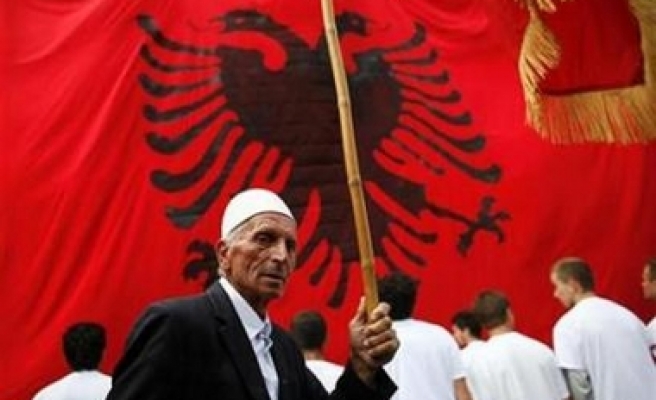 "After independence, our national aspiration is to join the EU," said Kuci, calling membership a "top priority".

"We see accession as a way to prosperity, democratisation, more security."

Kosovo is looking to a meeting of EU foreign ministers in Luxembourg next week to gauge the mood in the bloc, which is deploying a supervisory mission in the new state to take over from United Nations authorities that have run it for nine years.

"From that meeting we expect clear signals on Kosovo's path towards EU integration," Kuci said.

Serbia lost control of Kosovo in 1999 when NATO bombed to expel Serb forces accused of mass killings of civilians during two-year war. The territory's 90 percent Albanian majority had pushed for independence.

A 2007 European Commission report concluded Kosovo was plagued by graft, human rights abuses and cronyism while key institutions such as the judiciary were weak, mainly due to widespread corruption at all levels.

It noted widespread poverty and unemployment, and highlighted major problems over minority rights, regarding the remaining ethnic Serbs. Some 100,000 stayed there after the end of the war.

Kuci said Kosovo was aware of the shortcomings and was focusing on reforms. It had discussed its EU roadmap with Brussels and ex-communist EU members to help avoid mistakes they made during their transition.

"We need to deal more with political activities, especially with integration of minorities, stability of the institutions and parliamentary governance, to fulfil Kosovo's commitments towards the international community," Kuci said.

"The economic plan presents the biggest challenge. We need to turn from a survival economy to a competitive economy."

He said the government hoped the presence of the EU mission would be a big advantage and help ensure EU standards were adhered to from the start.

"The government's engagement and commitment is to sign the (pre-membership pact) Stabilisation and Association Agreement during its mandate, and we think 2012 is the optimal year," he said.

"We believe Kosovo will join the EU in 2015. This is our goal, our forecast, and our commitment."

"Criteria for membership are not easy for any state, and it will not be easy for Kosovo. It's a long and toilsome process, but also a process for which we have international support and their presence here."

He said the first and crucial step was to be recognised by all EU states "in order not to be blocked later in the process."

Kosovo has been recognised by more than 35 countries, including most of the EU, but is unlikely to get a U.N. seat soon.

Some Serb politicians have suggested Belgrade should join the EU first so as to block Kosovo's entry.

"We don't want to be an obstacle to the integration of others, just as we don't want others to obstruct us," Kuci said. "We will apply as an independent and sovereign state."