Serbia has proposed near-complete independence for Kosovo, urging the province's ethnic Albanian separatists to accept the offer of broad autonomy and drop their demand for formal secession. 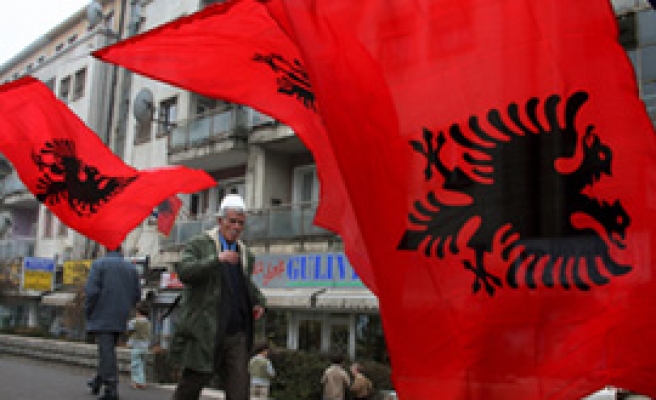 Serbia has proposed near-complete independence for Kosovo, urging the province's ethnic Albanian separatists to accept the offer of broad autonomy and drop their demand for formal secession.

The prime minister described Kosovo's future as "supervised autonomy" - as opposed to the "supervised independence" recently proposed by a UN envoy.

Either way, foreign civilian and military officials would supervise Kosovo for years to ensure peace and democracy in the tense province.

"Supervised autonomy is the true compromise that eliminates any extreme outcome," Vojislav Kostunica said in a statement, alluding to the stands by Serbs, who vow not to give up their historical heartland, and the ethnic Albanians, who are a 90 per cent majority in the province and insist on full secession.

"[Kosovo] Albanians will be able to take their future in their own hands and protect their interests, while Serbia would preserve its sovereignty and territorial integrity," Kostunica said, outlining his offer.

He did not offer specifics, but said those were presented to the UN Security Council ambassadors during their recent visit.

Kostunica's overture is an attempt to sink the standing UN plan for Kosovo, created by Martti Ahtisaari, the former Finnish president, which is being discussed at the UN Security Council.

Serbian officials have repeatedly criticised Ahtisaari's plan as a violation of UN rules because it opens the way for a formal change of borders, effectively causing Serbia a loss of 15 per cent of its territory.

"Serbia is ready to make a significant step in finding a good, sustainable solution for Kosovo," the conservative, nationalist prime minister said.

The ethnic Albanians have said they would settle for nothing less than full independence.

The 1998-99 war in Kosovo between Serbs and ethnic Albanians ended with Nato's bombing of the Serbs, forcing them to halt their crackdown on the separatists and pull out.

A UN administration has run Kosovo as a protectorate since 1999.

It is to be replaced by a similar EU mission, which is to monitor and regulate further development of Kosovo.

Kostunica's government has insisted that any solution for Kosovo would have to enable the return of 200,000 Serbs who fled the province in the aftermath of the war.

About 100,000 still live in Kosovo, but mostly in embattled, isolated and impoverished enclaves.

"The [UN] Security Council mission could see with their own eyes what the real situation is in the province," Kostunica said, and urged the UN body to consider his proposal, not Ahtisaari's plan, as a basis for reaching an agreement. Last Mod: 29 Nisan 2007, 17:41
Add Comment