Ambassadors will be posted to Washington, London, Paris, Berlin, Rome, Brussels, Vienna, Bern and Tirana, the office of President Fatmir Sejdiu said in a statement. 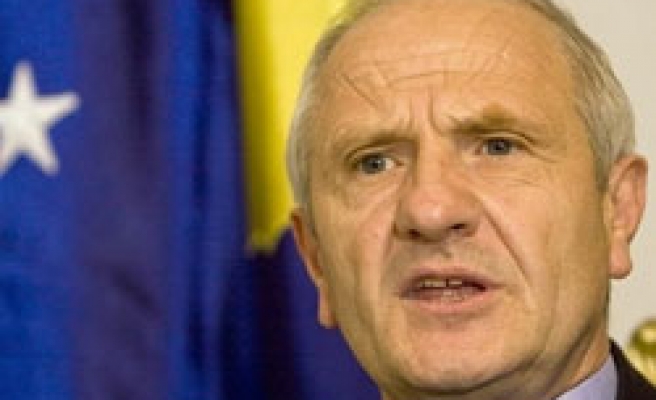 Kosovo's president gave the order on Wednesday for the territory to open its first embassies in capitals that led recognition of its February independence from Serbia.

Ambassadors will be posted to Washington, London, Paris, Berlin, Rome, Brussels, Vienna, Bern and Tirana, the office of President Fatmir Sejdiu said in a statement.

"The Kosovo president will soon decide on opening diplomatic missions in other countries," the statement said.

Kosovo Albanians are trying to cement their Feb. 17 declaration of independence from Serbia, which has so far been recognised by 43 states but rejected by Serbia and its big-power ally Russia.

But it faces continued uncertainty, with the United Nations still mulling how to hand over its powers to the Kosovo authorities and a European Union police mission yet to deploy.

The U.N. Security Council is expected to meet on Friday to discuss a proposal by Secretary-General Ban Ki-moon to "reconfigure" the U.N. mission in light of changing circumstances, ceding its major powers but retaining an element of political oversight and international representation of the new state.

Russia has so far blocked the handover.

The United Nations took control of Kosovo in 1999 after NATO bombs drove out Serb forces to halt the killing and ethnic cleansing of Albanians in a two-year wars.