Kosovo to declare independence by end of May

Kosovo Prime Minister Agim Ceku said he expected his disputed province to declare independence from Serbia by the end of May. 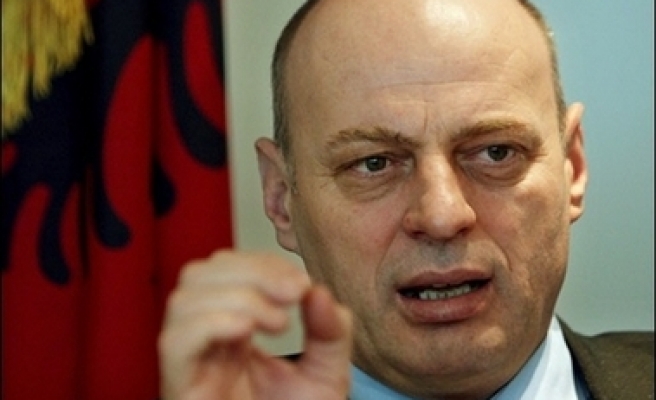 Kosovo Prime Minister Agim Ceku said he expected his disputed province to declare independence from Serbia by the end of May.

Ceku said there was strong international support for the move even though Kosovo's final status has yet to be agreed by the UN Security Council and Russia has threatened to veto a current plan.

"I expect Kosovo to be able to declare its independence by the end of May," Ceku told a New York Times interview published Monday.

"There is a very strong US commitment to do this," he said, adding that, "It wants to finish the job. Britain's (prime minister) Tony Blair is on board, too."

The European Union's German presidency was also likely to push for a quick resolution of Kosovo's status, Ceku said.

"With the G-8 meeting due to take place in June, I don't think Chancellor Angela Merkel of Germany will want G-8 countries to attend the summit without resolving Kosovo's status."

Former US envoy to the Balkans and the UN, Richard Holbrooke, said at the weekend that Washington could unilaterally recognise Kosovo's independence even if Russia vetoes such a move at the United Nations.

"If Russia decides to use its veto (in the UN Security Council), there will be a declaration of independence in Kosovo, and the United States will recognise Kosovo the same day," Richard Holbrooke predicted during a conference in Brussels, adding that he believed several EU states would follow suit.

The ethnic Albanian dominated province in southern Serbia has been under UN administration since mid-1999, after NATO bombing helped to drive out Serbian forces who were waging a brutal crackdown against Albanians.
Last Mod: 30 Nisan 2007, 17:39
Add Comment