Italian diplomat Zannier, who took over as head of the U.N. mission said he would seek to open dialogue with Belgrade as soon as a new government is installed, possibly within days. 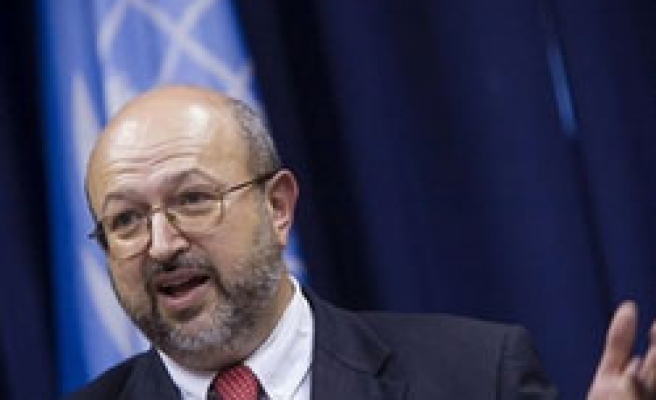 Kosovo's new U.N. governor said on Wednesday he would launch "shuttle diplomacy" between Pristina and Serbia, in a bid to address the Serb minority's rejection of Kosovo's secession.

Kosovo declared independence from Serbia in February, backed by the West but opposed by Serbia and its ally Russia.

Serbia is supporting Kosovo's 120,000 remaining Serbs in their almost total boycott of the new state, deepening a de facto partition that the West said it would never allow.

Italian diplomat Lamberto Zannier, who took over as head of the U.N. mission on Friday, said he would seek to open dialogue with Belgrade as soon as a new government is installed, possibly within days.

Serbia is expected to get a new pro-Western government, after the Socialist Party said it would join forces with the pro-European Union Democratic Party of President Boris Tadic.

"I'm planning to make some contacts with Belgrade as soon as the political situation there is clear and we see a new government coming up," Zannier said. "The signals I'm reading is that this might happen rather soon."

"I'm happy to start playing this role of facilitator of the process of discussion, of resolving practical issues on the ground," he told a news conference.

"At least in the initial phase I will be happy to do some back and forth, to give a sense to both sides of what the feeling is, what the expectations are."

His comments were in line with proposals made this month by U.N. Secretary-General Ban Ki-moon, reflecting Belgrade's continued political and financial grip on Serb areas of Kosovo and their rejection of Kosovo's Albanian-dominated institutions.

Ban's guidelines include dialogue on issues of policing, courts, customs, transport, religious heritage and boundaries in Serb areas. Serbs are boycotting the Kosovo police and courts, and burned down customs points on the northern border with Serbia.

The north in particular, where around 50,000 Serbs live, is beyond the institutional reach of Pristina -- a de facto ethnic partition that Kosovo's 90-percent Albanian majority believes Serbia wants to deepen.

The United Nations took control of the then Serbian province in 1999, when NATO bombs drove out Serb forces to halt their ethnic cleansing and killing of Albanians in a two-year war.

It has been recognised by 43 states, including the United States and most of the EU.