Relations between the United States and Serbia are worsening because of U.S. support for the independence of Kosovo, Serbia's prime minister said Monday. 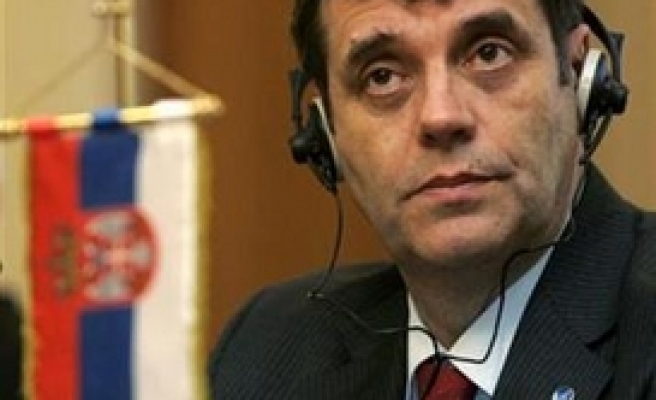 Relations between the United States and Serbia are worsening because of U.S. support for the independence of Kosovo, Serbia's prime minister said Monday.

Vojislav Kostunica said in a statement that "America has become the leader in proposing that another Albanian state be formed on Serbia's territory."

This, Kostunica said, "leads directly to the worsening of relations" between Washington and Belgrade, which only re-established diplomatic ties in 2000 after the ouster of autocratic leader Slobodan Milosevic.

The United States is strongly backing a plan drafted by a U.N. envoy to grant Kosovo internationally supervised independence, with its own army and constitution. The plan must be adopted by the U.N. Security Council, where Serbia's traditional ally Russia opposes the current draft.

During a visit to neighboring Albania earlier this month, President Bush hinted that America could recognize Kosovo even without the council consent, saying there cannot be endless dialogue about achieving independence for Kosovo.

"If the United States wants to develop good relations with Serbia, then it must respect Serbia's territorial wholeness," Kostunica said.

Although formally still part of Serbia, Kosovo has been administered by the United Nations since a NATO bombing campaign in 1999 halted a Serb crackdown against ethnic-Albanians.

Kostunica, a nationalist and a harsh critic of Western policies in the Balkans, has threatened to cut ties with any countries that recognize an independent Kosovo. Last Mod: 25 Haziran 2007, 17:51
Add Comment