The prime minister of Iraqi Kurdistan has brought new proposals to Baghdad to discuss with the central government to try to resolve disputes over a deadlocked national oil law, an official said on Sunday. 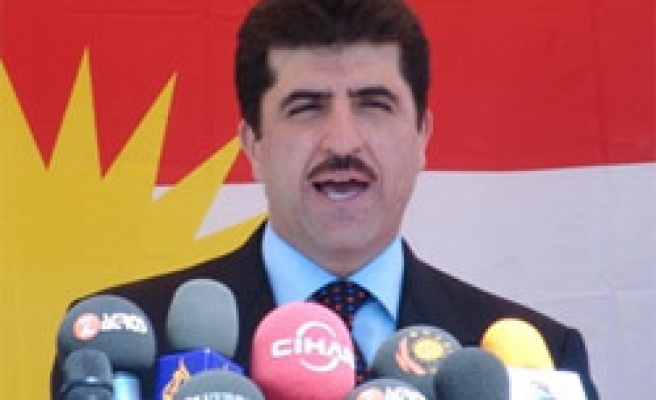 Iraq's cabinet agreed a draft oil law in February last year, but it has failed to get through parliament partly because of rows between the Kurdistan Regional Government (KRG) and Baghdad over who will control oil reserves and contracts.

Iraq needs billions of dollars to modernise its oil industry and raise output after decades of sanctions and war, but uncertainty over the law has stalled foreign investment.

Jamal Abdullah, spokesman for the KRG, declined to outline the proposals brought to Baghdad by Nechirvan Barzani, prime minister of the largely autonomous region of Kurdistan in northern Iraq, but said they were a "good initiative".

"These are new suggestions to offer to the Iraqi central government," Abdullah said, adding Barzani arrived on Saturday.

"These proposals represent a new initiative, a good initiative. The Kurdish side hopes this will help solve all the differences over the oil law."

In Dubai earlier this month, Barzani said the KRG and the central government would discuss a package of proposals covering the draft oil law, revenue sharing, the functions of the oil ministry and a national oil company to oversee the industry.

Tensions have also arisen over contracts the KRG has signed with foreign energy firms. The oil ministry in Baghdad has called the deals illegal. The KRG says they are constitutional.

Oil Minister Hussain al-Shahristani is expected to announce on June 30 the names of the majors that have won the deals, which are worth around $500 million each.

Iraq has also been in talks with a consortium of Anadarko, Vitol and Dome for a sixth contract.

Shahristani has said Baghdad also plans to offer many of the same large producing fields in a bidding round for long-term development projects either at the end of June or in early July. Baghdad has prequalified 41 firms to bid for those contracts.