Turkey's request to create a security buffer zone, 300 kilometres long and 10-15 kilometres wide, inside Iraqi Kurdistan has been rejected by the authorities in the autonomous Kurdish region, a leading official has revealed. 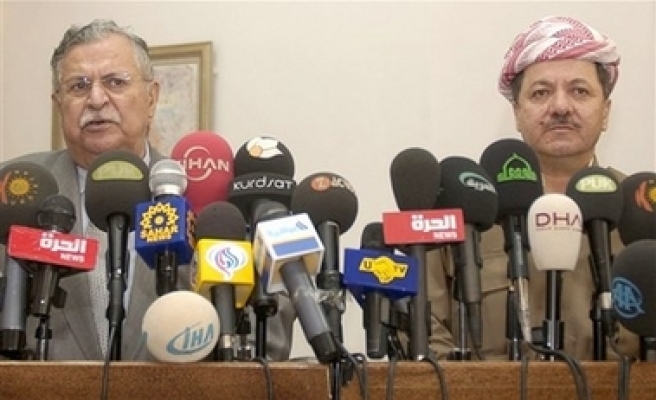 Turkey's request to create a security buffer zone, 300 kilometres long and 10-15 kilometres wide, inside Iraqi Kurdistan has been rejected by the authorities in the autonomous Kurdish region, a leading official has revealed.

The Iraqi president's personal representative in Turkey, Bahroz Kilali, told Turkish television channel NTV that "the request has been rejected, we will never accept the creation of such a security zone inside Iraqi Kurdistan."

He added that "the unresolved questions between the two countries can be resolved through meetings of the triple US-Iraq-Turkey commission."

Kilali then underlined that the hypothesis of this buffer zone "has been doing the rounds in political and media circles in Turkey and Ankara considers it a solution to its problem with the PKK but we do not countenance this request in any way".

"It (a buffer zone) will be effective and stop PKK infiltrations from northern Iraq but an agreement with Iraqi and US officials is needed to do so," Turkish Daily News quoted retired Major Gen. Armagan Kuloglu as saying.

At the same time, Turkish media sources said Friday that the Iraqi prime minsiter Nouri al-Maliki had received an urgent official invitation from his counterpart Recep Tayyip Erdogan to visit Ankara for talks on the situation.

Al-Maliki has not responded and it is not clear whether the invitation was strictly personal or whether others would take part in the meeting.

Turkey, which has 200,000 troops deployed along its border with Iraq and in recent weeks has been amassing tanks and artillery in the area is under international pressure not to carry out a major military incursion into Iraqi territory.

The PKK, listed as a terrorist organisation by the United States and the European Union, has used bases in northern Iraq's Kurdistan region to attack Turkish targets prompting Ankara to retaliate with 28 cross-border operations since 1984 when the PKK first took up arms. An estimated 30,000 people are believed to have been killed in the conflict.
Last Mod: 15 Haziran 2007, 16:06
Add Comment