Arabs and ethnic Turkmen want it to stay under central government authority but Kurds say "no". 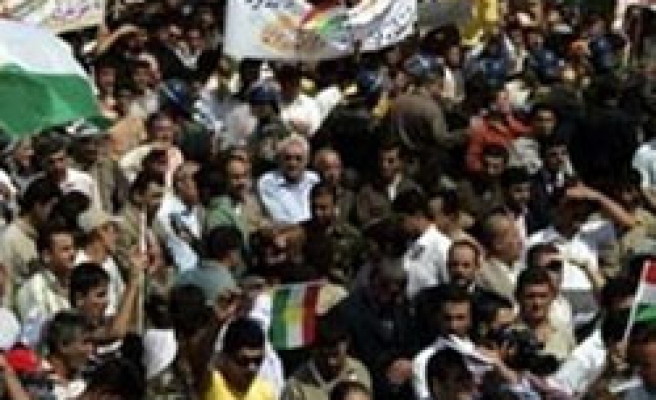 Thousands of Kurds took to the streets in Iraq's northern Kurdistan region on Tuesday to protest against a provincial elections law that has infuriated Iraq's minority.

The bombing has added to tensions over the elections law, which sparked controversy when parliament passed it last week partly because it postponed voting in Kirkuk, a city that is disputed between Kurds, Arabs and ethnic Turkmen.

Kurdish lawmakers boycotted the session when it was passed. Iraqi President Jalal Talabani, a Kurd, then rejected the law as unconstitutional and sent it back to parliament. Kurds regard the oil rich city as their ancient capital and are keen for a vote.

Arabs and ethnic Turkmen want it to stay under central government authority. They believe Kurds have intentionally stacked Kirkuk with Kurds in an attempt to tip the demographic balance in their favour in any ballot.

"We have been fighting for decades for Kirkuk. We're not going to give it up that easily," said demonstrator Haji Babir, who was one of thousands outside the Kurdish parliament building in Arbil, 310 km (190 miles) north of Baghdad.

The elections law outlines procedures for local polls expected to be held this year or early 2009.