Parliament's human rights committee has introduced a bill stipulating jail terms of up to 15 years for offences including forced labour, abusing workers or sexually exploiting maids, according to a copy. 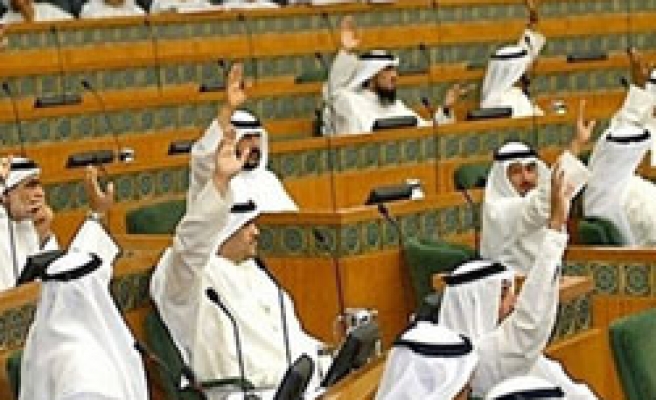 Kuwait may bring in tough penalties for employers abusing foreign workers and maids as a result of criticism by the United States and violent protests by Asian workers demanding better pay and conditions.

Parliament's human rights committee has introduced a bill stipulating jail terms of up to 15 years for offences including forced labour, abusing workers or sexually exploiting maids, according to a copy obtained by Reuters.

Last week, hundreds of mainly Bangladeshi cleaners and workers staged demonstrations to demand better pay and working conditions, saying they could not live on their salaries after employers or agents deducted housing, medical and meal costs.

The protests turned violent, demonstrators overturning cars and ransacking offices. Hundreds of Bangladeshis were arrested and deported, but the government promised to improve workers' rights and introduce a minimum salary.

Some protesters complained they were paid as little as 8 dinars ($30.11) a month, and that they were mistreated by their employers, an allegation the government acknowledged was a main reason for the protests.

"The trade in people is a crime which humanity has witnessed and suffered from for centuries and it is still being practised in a new way till today," the bill said.

"We have presented ... a draft law to criminalise human trafficking. It will be a civilized law to meet international demands," said MP Waleed al-Tabtabae who co-authored the bill.

The bill has to be approved by parliament, government and the Gulf Arab state's emir before taking effect.

Ali al-Baghli, a former oil minister and head of the Kuwait Society for Human Rights, said there was a good chance the law would be passed. "It is a good idea to present a local law that prohibits human trafficking because Kuwait's reputation has reached a low level," he said.

Foreigners make up about two-thirds of Kuwait's 3.2 million population.

Women from Asian countries including Sri Lanka, Indonesia and the Philippines work as maids and nannies across the Gulf, and many complain of rights abuses.

In 2006, the United Arab Emirates passed the Arab world's first law aimed specifically at combating trafficking in people, followed in January this year by Bahrain.