Kuwait Foreign Affairs Minister Sheikh Mohammad said that "It is true that we are allies of America ... (but) we are against escalation against Iran." 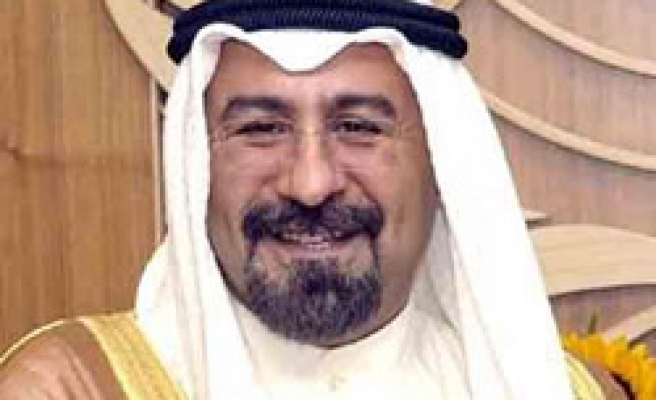 U.S.-allied Kuwait urged Iran on Saturday to resolve tensions with the West over its nuclear programme, saying the dispute undermined the interests of Gulf states with which it shares a vital oil export route.

"This basin (the Gulf) we all share. Talk of closing the Strait of Hormuz has a great impact on us," official news agency KUNA quoted Foreign Affairs Minister Sheikh Mohammad al-Salem al-Sabah as saying in a television interview.

About 40 percent of global oil exports leave the Gulf via the Strait of Hormuz, off Iran's southern coast. Tehran has said it will impose shipping controls there if it is attacked, and has warned Gulf neighbours of reprisals should they take part in any attack.

"We are now paying additional amounts for shipping due to a statement, which may be a test balloon or war of words ... therefore cautious and calculated words are desired." Sheik Mohammad said.

"It is true that we are allies of America ... (but) we are against escalation against Iran," Sheikh Mohammad said. "We have the courage to correspond with our main allies for what we see as in the interest of Kuwait and the region."

Tiny Kuwait, home to about one-tenth of global oil reserves, has relied mainly on the United States for its security since 1991's U.S.-led Gulf War ended Iraq's seven-month occupation.

Sheikh Mohammad said Kuwait and other Gulf Arabs supported Iran's right to acquire nuclear energy for peaceful purposes, but added: "Our friends in Iran should know that not responding to decisions of the international community will not bring benefit to them, or to their friends who support their right."

Britain, France, Germany and the United States are considering imposing additional sanctions on Iran over its nuclear work, a senior British official said on Friday.