The debt, estimated at $15-16 billion, represents loans Kuwait made to Baghdad in the Saddam Hussein era, mostly during the 1980-1988 Iraq-Iran war. 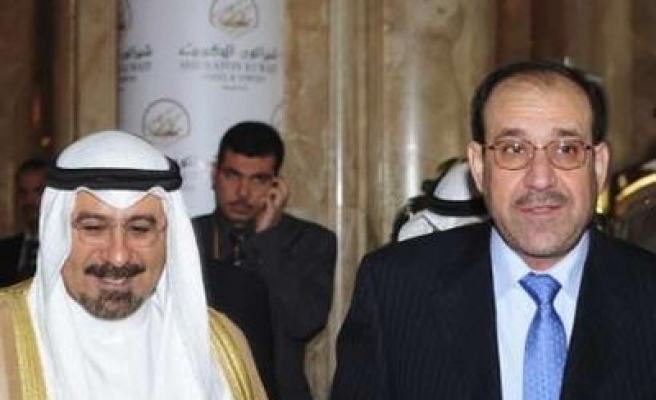 Kuwait said on Saturday that fellow oil exporter Iraq is likely to report a budget surplus this year and should repay its debts.

"Iraq's debt to Kuwait is an old debt ... It has to be paid or Iraq has to pay its interest. These are the rights of the Kuwaiti people," state news agency KUNA quoted Foreign Minister Sheikh Mohammad al-Sabah as saying in a television interview.

The debt, estimated at $15-16 billion, represents loans Kuwait made to Baghdad in the Saddam Hussein era, mostly during the 1980-1988 Iraq-Iran war.

"The economic situation in Iraq is witnessing a big improvement this year and Iraq will have a large surplus in the budget," Sheikh Mohammad said, apparently referring to the six-fold rise in oil prices since 2002 which has generated huge revenues for oil exporters.

He said Kuwait would not allow debt repayment to become a burden on Iraq, but reiterated that only the Kuwaiti parliament could write off such debt.

Several deputies oppose debt forgiveness as many Kuwaitis are still bitter about Saddam's 1990 invasion of their country.

The United States has, since invading Iraq in 2003 and toppling Saddam, been pressing its Arab allies to forgive Iraq's debts and restore top-level diplomatic ties.

The United Arab Emirates waived all of Iraq's almost $7 billion debt to the UAE last month.