Kuwait to limit visas for workers after protests

Bangladeshi airport officials said more than 1,000 Bangladeshis had been deported from Kuwait, with hundreds more facing a similar fate. 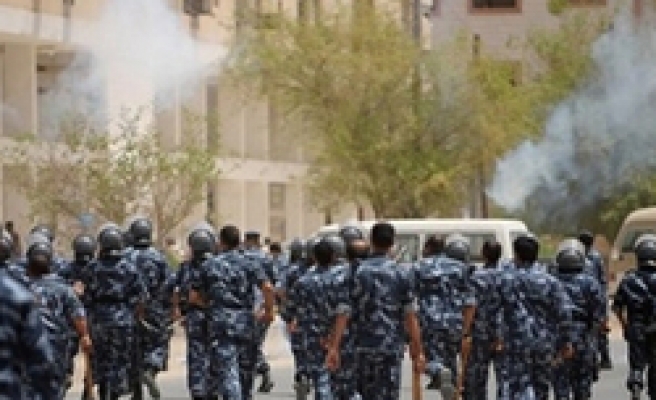 Kuwait wants to limit work permits for some nationalities, a government minister said on Sunday, following violent protests over pay that led the Gulf Arab state to deport hundreds of Bangladeshi workers

Bangladeshi airport officials said on Friday more than 1,000 Bangladeshis had been deported from Kuwait, with hundreds more facing a similar fate.

Hundreds of mainly Bangladeshi cleaners and workers staged demonstrations to demand better pay and working conditions amid record inflation of about 11 percent.

The protests turned violent and some workers overturned cars and ransacked offices until the government of the OPEC producer reached an agreement to end the strike.

"The number did not reach 1,000," he told reporters after briefing parliament's human rights committee.

"There are decisions to limit some nationalities," he added. "When a certain nationality surpasses others there must be a fair distribution among working nationalities in the country."

Expatriates make up two-thirds of Kuwait's population of 3.2 million.

Duwaila said the cabinet would discuss a proposal to introduce a monthly minimum wage of 40 dinars ($151) for cleaners and 70 dinars for civilian security staff to improve workers' pay.

Some of the protesting workers had said they were asking for 50 dinars without deductions for visa fees.

The protests came against a backdrop of high prices, with workers complaining they could not survive on their salaries once labour agents took a cut or unscrupulous employers deducted housing, medical and meal costs.