Kuwait to supply oil if Iran closes Strait of Hormuz

The head of the Revolutionary Guards was quoted as saying "Iran has the possibility of closing the Strait of Hormuz easily and on an unlimited basis." 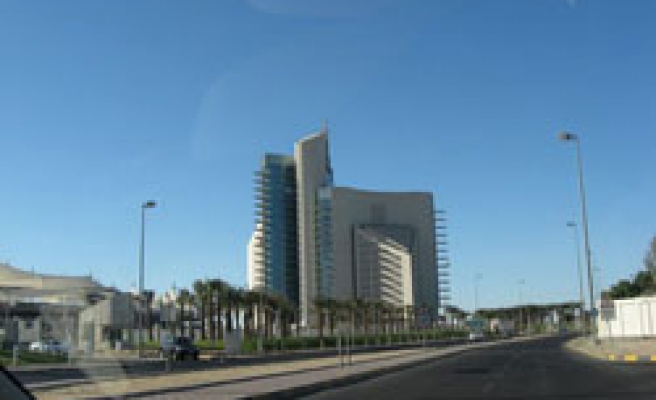 Rising international tension between Iran and the West has prompted OPEC-member Kuwait to consider long-term plans to increase storage of its oil abroad, oil industry sources and diplomats said.

The United States says it wants a diplomatic solution to its dispute over Iran's nuclear programme but has not ruled out military action if that fails.

Tehran has threatened to impose controls on shipping through the Strait of Hormuz if attacked.

Kuwait, the world's seventh-largest oil exporter, ships all of its crude exports, totalling around 1.7 million barrels per day, through the strait. The Gulf Arab state has no alternative export route.

Kuwait is assessing plans to set up storage facilities in Asian countries such as China and Vietnam where it is building refineries, industry and diplomatic sources said.

"Storing oil there is one of the option beings considered," said a senior Western diplomat. "But it is a very long-term plan as the refineries haven't been built yet."

In April, Vietnam signed a deal with Kuwait and several Japanese companies to set up a $6 billion refinery with a capacity of 200,000 barrels per day which is scheduled to go online in five years.

In China, Kuwait has shortlisted Royal Dutch Shell and Dow Chemical Co as potential partners in a joint venture refinery and petrochemical project with Sinopec in south China that is now undergoing feasibility studies.

Demand for joint stockpiling in Asia is growing as emerging economies such as China look to secure their future energy supplies. The world's second-largest oil consumer China has started to build strategic stocks and plans to have capacity for around 100 million barrels by the end of this year.

Kuwait already has a joint storage deal for 2 million barrels of its crude in South Korea. The agreement gives South Korea first rights to purchase the oil from state-run Kuwait Petroleum Corp.

"The government must take (Iranian) threats seriously and take its precautionary measures... We ask the government to be prepared for any emergency," member of parliament Mekhled al-Azmi told Reuters recently.

Oil Minister Mohammad al-Olaim has repeatedly declined to discuss any such plans, echoing comments by other government officials they were optimistic there would be no military conflict between Iran and the West.