The late PM Ecevit once stated "It is impossible to have a real left-wing party and a pure democracy in Turkey unless the CHP is closed down. 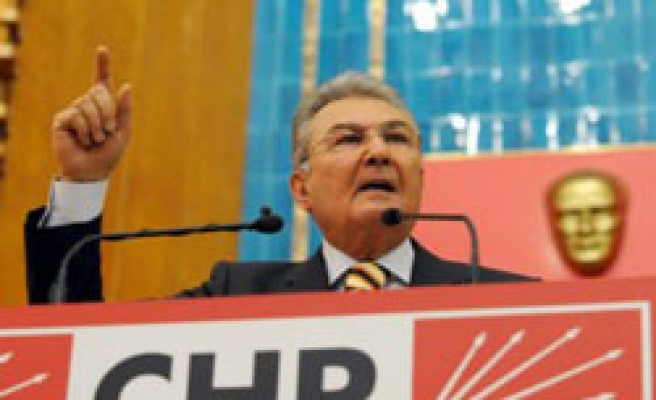 The late Prime Minister Bülent Ecevit once stated that achieving real democracy in Turkey would not be possible unless the Republican People's Party (CHP) was shut down.

Ecevit, in 2004, told the Akşam daily: "It is impossible to have a real left-wing party and a pure democracy in Turkey unless the CHP is closed down.

Therefore, the CHP has to leave the political scene and reorganize itself as an association." These were the words of a man who led the CHP for a decade, and he made them slightly over a decade after leaving the party.

A few days before the 32nd ordinary general congress of the party, the CHP's stance on issues related to democracy at a national level and the internal democracy of the party itself are under scrutiny. Last year a permanent imprint was stamped in the memories of the Turkish people of a main opposition party that opposes everything for the sake of opposing, that blocks every democratic process and that invites undemocratic interventions in the system, albeit through warnings that democracy may cease to exist in the country.

Why is it that the CHP, older than the republic itself, has turned into a party that throws up obstacles in regular processes of governance? "Once the party is not democratic within itself, its approach to national problems cannot be democratic, either. Today the CHP is against the abolition of Article 301 of the Turkish Penal Code [TCK]; it is against EU membership, it is actually against everything," says former CHP leader Hikmet Çetin.

Their undemocratic internal mechanisms and the impact of this on national policy not only harm the political system, but also themselves. The position of the leader invades the identity of its occupier. That was the fate of İsmet İnönü, and that is the fate of Deniz Baykal today.

Çetin thinks the question of internal democracy is irrelevant for the CHP. "The CHP does not want to be the government. All Baykal cares about is being the leader of the party. The national election threshold is 10 percent, but in order to be a candidate for the leadership of the CHP you have to meet a 20 percent threshold. Such a thing isn't even seen with communist parties," he says.

The democratic defect of the CHP and the factionalism that have dominated its entire history are problems that developed simultaneously. Internal factionalism emerged within the party in the very first year of its existence. The discussions on the powers of the president as defined in the 1924 Constitution divided the party and 120 deputies paid for their resistance to the position of Atatürk by not being included on the list of candidates in the next elections. Thus the CHP invented the carrot-and-stick tactic of electoral politics.

In its first regular congress after the death of Mustafa Kemal Atatürk, the CHP elected İsmet İnönü not only as the chairman of the party, but also as the milli şef (national chief); as opposed to Atatürk, who left active politics after being elected president of the republic, the milli şef continued to occupy the chairmanship of the party. He had a creative mind, indeed; he invented the open-vote secret-counting system for the elections, a system that can only be regarded a denigration of "electoral participation."

In the face of the challenge coming from the Democrat Party (DP), the CHP named its seventh general congress the "Democratization Congress." But the internal discussions fueled by the congress ended in a clear defeat of the CHP in the fateful 1950 elections. Along with the two military interventions into politics, the CHP departed from democratic principles. It supported the May 27, 1960 coup and it backed and benefited from the March 12, 1971 intervention.

When the military intervened with a memorandum on March 12, 1971, a crucial fissure was opened within the party. Disturbed by the military intervention into politics CHP Secretary-General Ecevit resigned his post only to return as party leader a year later. These initial years of Ecevit's rule in the party were proactive democratization years. In his first year in office Ecevit managed to annul 35 anti-democratic articles in the charter of the party. This was followed by a second move in 1976, when Ecevit introduced six new principles from the democratic left to the charter: freedom, equality, solidarity, primacy of labor, unity of development and self-governing of the people. These new principles not only made the CHP more democratic, but also eligible for the Socialist International (SI) organization; and in 2003 when the "Party of Deniz Baykal" was denigrated by a discussion in the SI over expelling the CHP from the organization on the grounds that it had turned into an ultranationalist party, it was clear that these were the principles the CHP espoused.

When the political parties were reopened after the 1980 coup, the Turkish left formed several parties. Partial reunification came about 10 years later. It was only in 1992 that the CHP was recreated by names like Baykal, İsmail Cem and Ertuğrul Günay. Through their initiative 22 names, not including the three just mentioned, signed a declaration for the CHP's re-emergence. Today none of these 22 names are in the CHP lineup. An extraordinary congress held after the defeat in the 1994 local elections brought Çetin to the leadership of the party, only to see him depart the post a year later and be replaced by the "eternal" occupier of it, Baykal. After the defeat in the 1999 elections Baykal would play the same boomerang game, this time with journalist Altan Öymen. Öymen became the party leader for a year, but realized in the first extraordinary congress that the chairmanship had only been lent to him.

The CHP lost the 2002 elections, but since it had achieved so little in the previous elections Baykal managed to present a mere 19 percent as success. A populist politician, Mustafa Sarıgül, the mayor of the Şişli district of İstanbul, challenged Baykal's leadership. In the first congress Sarıgül lost not only the elections, but also his membership in the party. Baykal managed in 2005 to change the charter of the party and limit the possibilities of local branches being won by opposing factions. Along with the Justice and Development Party (AK Party), which made similar amendments to its charter, the CHP was warned by the Constitutional Court for this undemocratic arrangement, but Baykal didn't give up.

Former CHP Hakkari deputy Esat Canan does not agree with the idea that the CHP's internal democracy defects can be found in its historical roots. He states that the CHP started to move away from its modern and social democratic stance in 2002. "It departed from the left and became a nationalist party. The chairman of the party alienated the Kurds. The delegate system of the party does not allow for a radical change in the leadership. And the outmoded delegate system is not the only problem. It is statist, elitist, nonexistent in Anatolia and against the EU membership process," he explained to Sunday's Zaman.

After the July 22, 2007 elections, several opposing voices were heard within the CHP. But no one was strong enough to beat Baykal. Several meetings by ex-CHP politicians hit dead ends. Still, there are alternate candidates in the upcoming congress of the CHP -- namely Haluk Koç, Eşref Erdem and Ali Topuz -- but the likelihood of any one of them receiving enough support from the delegates of the party, who are actually cleverly selected by Baykal's own faction, is slim.

Çetin is predicting that this congress will bring no change to the party. "Baykal is going to continue to be the chairman and Önder Sav, the secretary-general. This is an unchangeable sphere. It cannot be changed; its change cannot even be proposed," he says.

A journalist who has followed the CHP and the previous leftist parties for over 20 years told Sunday's Zaman that the opposing candidates are not anti-Baykal at all. "The CHP has no ideologically opposing groups now. All the factions are Baykalists, at least in their mentalities. Their difference is about being less or more Baykalist. None are against Baykal because they are his copies. Haluk Koç is no different than Baykal. He was more pro-king than the king himself, and now he wants to be the king. That is all," he said.

The CHP's youngest candidate for leadership, Umut Oran, recently said in a press conference that the party delegates are afraid of the party leadership. "These people want to be freed of this fear," he said. He was referring to the recent allegations that Baykal intervened in the elections of local branch leaderships of the party so as to guarantee their support in the general congress.

Many believe that lack of internal democracy in political parties in Turkey in general, and in the CHP in particular, has to do with the law governing parties. Constitutional law expert Hikmet Sami Türk told Sunday's Zaman that the problem is not in the Law on Political Parties, but in the political culture of Turkey. According to him the hegemonic tendencies of leaders will find a way to usurp the most democratic laws so as to control the party. "The problem is in the mentality of the party leaders," he said.